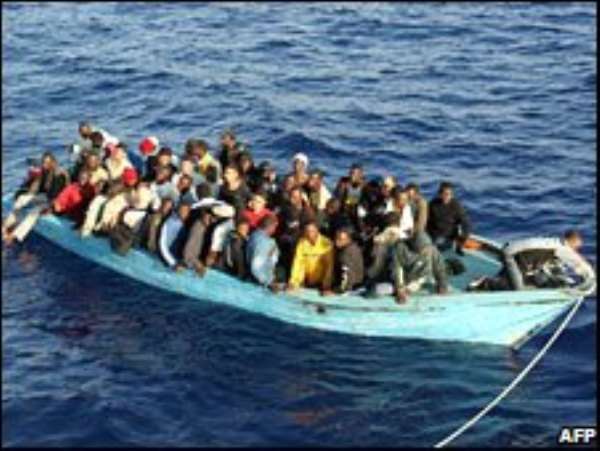 The European Union is to open its first immigration centre outside Europe, in Mali's capital, Bamako.

Thousands of young West Africans try to make it into Europe illegally each year and many die on the way.

The EU hopes the new centre will help people find legal work in Europe and cut down on illegal migration.

It is not clear how many jobs will be advertised but it will just be a drop in the ocean compared to the number of Africans desperate to work in Europe.

The European Commission says the new centre offers guidance on legal migration and helps with job training and the search for work abroad.

The centre will also raise awareness about the dangers of illegal migration.

Mali has been chosen for good reason.

The West African nation is at the centre of well established migration routes.

Thousands of young West Africans set off from the north of Mali each year across the Sahara Desert towards Europe.

They are often ill-prepared for the journeys and many die on the way.

Travelling by sea from the West African coast to the Canary Islands is also a popular and risky route.

Young men from countries like Ghana and Nigeria often pass through Mali on their way to the coast of Senegal or Mauritania, where they are crammed into rickety fishing boats.

A sharp increase in the cost of food and fuel has recently made life even harder for people in this region.

In many West African countries, even university graduates struggle to find employment and a menial job in Europe is therefore a surer way of supporting a family.

Many argue that making world trade fairer is the best way to tackle illegal migration as it would help reduce the main cause - poverty.

Mali is one of the world's poorest countries and growing cotton is a popular livelihood.

However subsidies paid to US cotton farmers make it almost impossible for Malians to compete.