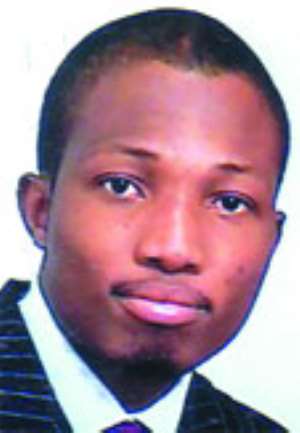 I could not believe my ears listening to President Kufuor over the weekend addressing an NPP rally in his home constituency in the Ashanti Region and hearing him state categorically that those complaining of economic difficulty are simply LAZY.

It is important to recall that only four months ago, specifically in May 2008, President Kufuor in a nationwide television broadcast told all Ghanaians that he acknowledges that times were hard and hence his government has put together what he called a mitigation package to alleviate the hardship of the people. Only a couple of weeks ago, the Daily Graphic carried a front page story that the Finance Minister, Hon. Baah Wiredu had indicated that the mitigation package announced by President Kufuor has failed and that the package has not trickled to the citizenry as prices of goods and services have continued to rise astronomically. Hon. Baah Wiredu in subsequent interviews blamed the failure of the mitigation package on greedy importers who refused to adjust their selling prices.

I find it extremely difficult to reconcile the NPP government's own earlier admission that truly times were hard with the recent outburst by President Kufuor that complaining Ghanaians are rather lazy.

Clearly, President Kufuor had either forgotten about his own economic intervention less than four months ago or he simply decided to engage in unprincipled platform politics and thereby insulting Ghanaians in the process. Any of these two cannot be a worthy credential of a national president.

Again, President Kufuor cannot claim to be unaware that the social interventions that he touts from roof tops as constituting indirect money in the people's pocket have largely been failures.

The Capitation Grant of 3 Ghana Cedis a whole year failed to make basic education free and an estimated 1.4 million children of school going age remain out of school, the School Feeding Programme has been riddled with corruption and mismanagement where maggot infested and expired products are served our children. In any case only 9% of Ghanaian school children 'benefit' from this ordeal. What happens to the 91%? The so-called Free Bus Ride is just a mantra as the Metro Bus Company is nearing total collapse. The NHIS has not made health delivery free as Premiums for the District and not National Health Insurance Scheme is now hovering around 30 Ghana Cedis making most Ghanaians unable to afford.

I do also hope that President Kufuor is not implying that when he was opposition leader before 2000 and led the complaints about economic difficulty he was then the chief lazy citizen or is it that he is simply engaging in what William Shakespeare in King Lear 4 described as “Get thee glass eyes; and, like a scurvy politician, seem to see the things thou dost not.”

I am seeing a trend in this country which frightens me to the bones; the political elite and national leaders create problems that exacerbate the plight of our people and sadly these leaders turn round to either exploit the people's plight or insult them when they complain about their plight.

The evidence of these abound - in our universities, during the student days of the present political elite, they slept one to a room aside being given kingly treats, but today, having failed to at least maintain what they enjoyed even if they couldn't improve upon it, they turn round and exploit the situation by building hostels whose charges the average Ghanaian parent or guardian is unable to afford.

Only last week, I received calls from four females, all of whom completed Legon and have been engaged in job search. They recounted to me scary encounters of how so-called respectable bosses demanded sex as the ultimate “job interview” which they failed to offer hence they remain unemployed after several years of graduating.

Few days after this, I was not surprised to see a Crusading Guide publication about how an MD in one of the banks in Accra demands sex before employing our innocent educated future mothers whose only crime is that they seek employment in an extremely competitive but cruel environment. Our leaders should at least show they have conscience.

Having failed to better the lots of the people, they shouldn't exploit the victims to satisfy their selfish and sometimes immoral desires neither should they insult them. The irony of President Kufuor's address at the rally is that the GNA reported that right after President Kufuor's speech, a mobile phone snatcher was arrested at the rally and was handed over to the police – I hope this desperate NPP rally attendant was not taken the President's advice not to be lazy.

I do also hope that President Kufuor and the NPP would heed Niccolo Machiavelli's golden rule in real politic that “All well-governed states and wise princes have taken care not to reduce the nobility to despair, nor the people to discontent” especially as the day of reckoning, December 7, 2008 awaits them.