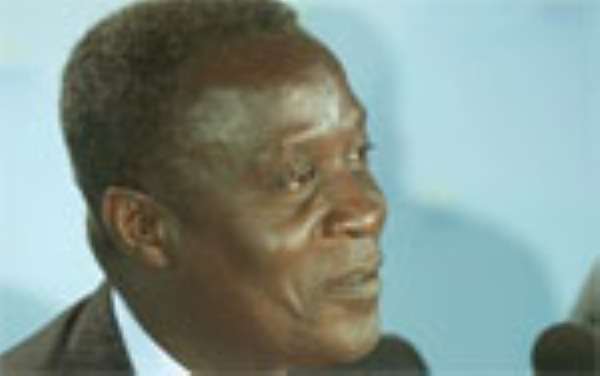 In a move to arrest manipulation of prices by some unscrupulous importers in the system, the Ministry of Finance and Economic Planning, the Revenue Agencies Governing Board (RAGB) and the Customs, Excise and Preventive Service (CEPS) have descended heavily on importers of alcoholic beverage for arbitrarily hiking prices.

This is expected to help bring sanity in the price of the product and other commodities on the market as well as enable government to recover GH¢1.205 million, lost through this dubious practice.

Several alcoholic beverages such as Glennffidich whisky, Johnnie Walker black label and Hennessey are imported into the country very cheaply but sold at very high prices.

For instance, a bottle of imported Courvoirsier VS whose total cost is GH¢17.15- levy, insurance and freight inclusive- is now being sold at GH¢45 on the market.

This astronomical rise in the price of the retailer is posing significant effect on inflation, thereby pushing the Bank of Ghana's benchmark indicator upwardly to 17 percent.

Kwadow Baah Wiredu, Minister of Finance and Economic Planning at a press conference yesterday, attended by officials of CEPS, noted that the situation calls for an immediate remedy and as such they will extend the exercise to cover other commodities such as meat and fish which contributed significantly to the rise in inflation for last month, to reach 18.41 percent.

“We are not only losing huge revenue to support government's funding but it is also impacting heavily on the cost of living and the ability to shore up the Gross Domestic Product (GDP) of the country.”

Harry Owusu, Executive Secretary of the Revenue Agencies Board (RAGB) on his part called for the need to review the import duty of alcoholic beverages looking at the rate at which it is being imported into the country.

Though the government does not institute price controls, the trend is worrying, thus the need for government to be involved in checking prices of items on the market.

“We have entered into an agreement with a reputable international organisation to trace the place of origin of these products and presently a team of auditors from the RAGB is investigating the incidence of fraud and manipulation of prices by some unscrupulous importers.”

Sometime in November 2007, routine post event analysis of imports of alcoholic beverages revealed significant variations in the values used in their clearance.

This compelled CEPS management to invite all the destination inspection companies (DICs) to a meeting during which the CEPS Commissioner reprimanded them for a shoddy work done, as regards the assessment of alcoholic beverages.

The DICs were then ordered to review all transactions and accordingly re-issue FCVRS which were found to be discrepant.

According to Emmanuel Doku, Commissioner of CEPS, their intervention has helped to identify significant improvement in the assessment of alcoholic beverages.

Some of the products which are hitherto declared at very low values have had the declared values increased appreciably, he added.

However Mr. Doku said recent market surveys have shown that there is still a yawning gap between the declared ex-port values and the selling prices of the products and that calls for the involvement of the Internal Revenue Service (IRS) and the Value Added Tax (VAT) Service.