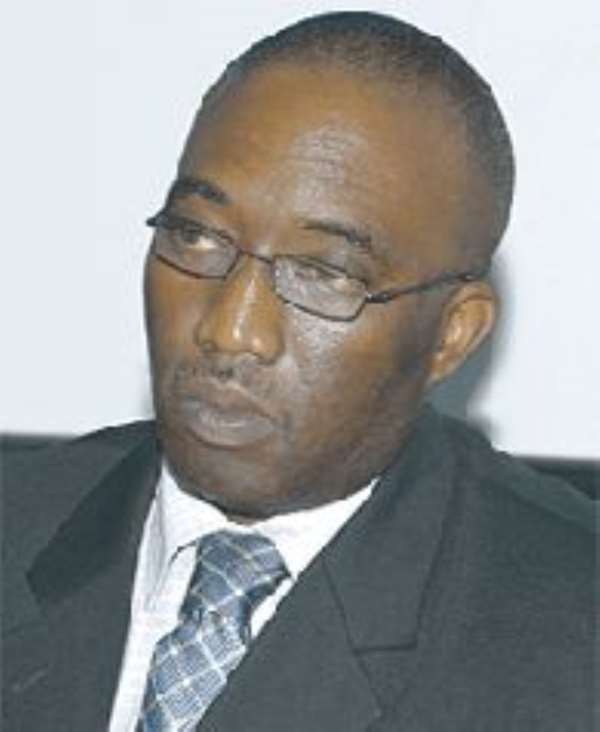 The Attorney-General has instructed the Police Service to conduct fresh investigations into the death of Alhaji Issah Mobilla, the former Northern Regional Chairman of the Convention People's Party (CPP), the Deputy Attorney-General and Minister of Justice, Mr Kwame Osei-Prempeh, told Parliament yesterday.

Responding to a question by the Minority leader, Mr Alban Bagbin, the deputy minister said, “It is, however, felt that the police need to do further investigations before prosecution can start.”

Mr Bagbin had asked the deputy minister supplementary questions bordering on whether Alhaji Mobilla had been picked up by the police or he had surrendered himself to the police; whether the docket stated the cause of his death and whether the Attorney-General instructed the police to conduct further investigations into his death.

The substantive question, which was asked by the Member of Parliament (MP) for Tamale South, Mr Haruna Iddrisu, stood in the name of the MP for Tamale Central, Mr Inusah Fuseini, who had asked the minister the status of the case involving persons suspected to have carried out the murder of Alhaji Mobilla.

He explained that Alhaji Mobilla was later transferred from the custody of the police to military custody, following reports that his supporters were planning to attack the police station and release him.

“Mr Speaker, while he was in military custody, he was alleged to have collapsed and was rushed to hospital where he died,” the deputy minister said.

He further explained that on January 24, 2006, the Attorney-General received the docket for study and possible action.

Mr Osei-Prempeh said even though the docket had been fully studied, it was felt that the police needed to do further investigations before the prosecution could start.

“Mr Speaker, considering the fact that the court will go on recess from the end of July until mid October, it is hoped that the police will use the vacation period to do the work required so that prosecution can start in the next legal year,” the deputy minister said.

Mr Haruna said there was insincerity in the answer given by the deputy minister, since Alhaji Mobilla had died from severe injuries and the collapse of the lungs, according to the medical officer who conducted the post-mortem examination on his body, Dr Kofi Adomako Boateng.

The minister stood his ground, saying what he had said reflected the contents of the dockets and that he was not in a position to comment further on the case, since it was under investigations.

The MP for Talensi, Mr John Akolugu Tia, asked Mr Osei-Prempeh why the case had taken so long to be prosecuted.

Replying, the deputy minister said the AG's Department faced numerous problems, including inadequate personnel, and that accounted for the delay in the prosecution of the case.