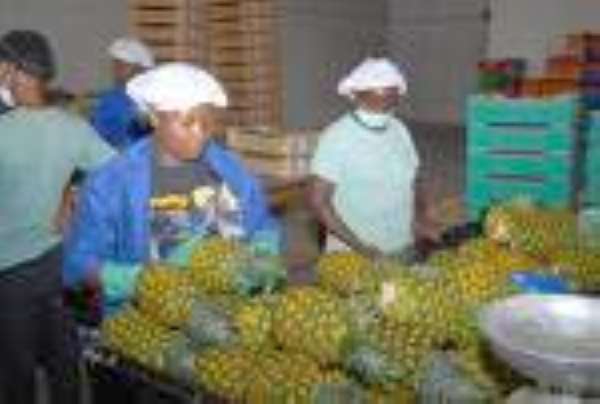 SUB-Saharan Africa's natural resource export to China increased from $3 billion in 2001 to about $22 billion in 2006, says a World Bank report.

“Petroleum dominates, accounting for 80 percent of total exports to China,” says the report made available CITY&BUSINESS GUIDE in Accra.

It however noted that the bulk of Africa's oil export still goes to the United States and Europe, which together received 57 percent of the total, compared with only 14 percent going to China.

According to the report, other important African export commodities were iron ore and timber, followed by manganese, cobalt, copper and chromium.

“The growing South-South co-operation is driven by strong economic complementarity between China and Africa,” the report quoted Vivien Foster, a World Bank lead economist and co-author of the report, as saying.

The report, titled: “Building Bridges: China's Growing Role as Infrastructure Financier for Sub-Saharan Africa,” said there was a synergy between African and Chinese economy.

The report also indicated how new infrastructure partnerships were emerging, driven by strong economic growth in the African region.

“China's growing demand for natural resources had been matched by Africa's significant and often under-developed oil and mineral reserves; while Africa's urgent need for infrastructure is matched by China's globally competitive construction industry,” the report said.

It added that the World Bank was already working closely with African countries, China and other development partners in sharing experiences so that the investments would have the best development impact.

China is not the only emerging financier playing a major role in Africa.

The report said some non-traditional financiers were also making sizeable investment commitments in sub-Saharan Africa's infrastructure, helping to fill annual needs estimated at $22 billion by the commission for Africa.

In recent years, India is increasing its investments, committing $2.6 billion in 2003. The bulk of Indian investments were in Nigeria.

“Oil-rich Gulf states and Arab donors are also playing a substantial role in African infrastructure, committing on average $500 million every year over the past seven years,” the report said.