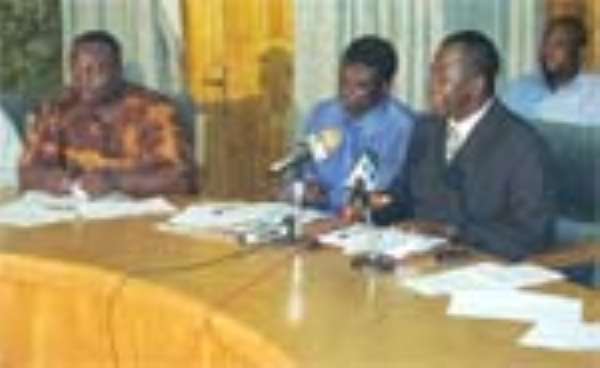 Global food and oil price increases continue to impact significantly on the Ghanaian economy as June inflation reached 18.41 percent from the 16.88 percent recorded in May 2008.

Despite government's five-pronged intervention to arrest the escalating global prices of essential commodities including petroleum products, the mitigation had not driven prices down immediately, raising fears that interest rates could go up again if the Central Bank raised its benchmark prime rate.

According to Databank's analysis, inflation was expected to continue the current upward trend despite the seasonal downturn associated with the month, mainly because the risk to inflation in the country remained high since the fiscal and exchange rate anchor for price level stability for the economy continued to weaken and the economy was not likely to absorb the continuing threat of global food and fuel price hikes within the short term.

Furthermore, the ability of the monetary policy to absorb pressures emanating from the continuing global food and petroleum price increases was strained, the report suggested.

According to the figures released by the Ghana Statistical Service, inflation in the rural areas continued to remain high recording 24.64 percent compared to 10.66 percent in the urban areas.

Seven sub-groups especially the non-food components were the major contributors to the rate of change with more than one percentage point in the annual rate of inflation for June 2008.

Fish was the highest contributor to the index for the second time adding 2.48 points. This was mostly because of the increased importation of fish into the country.

Within the food inflation group, bread and cereals, meat and vegetables, potatoes and other tuber vegetables contributed significantly to the inflation, adding 1.90, 0.89 and 0.78 and 0.58 points respectively.

Within the non-food groups, hotels, cafes and restaurants as well as transport, clothing and footwear contributed drastically to the change, adding 1.89, 1.86 and 1.49 points in that order.

Housing, water, electricity, gas and other utilities as well as cloth and foot wear added 1.38 and 1.49 points while furnishings, household equipment and routine maintenance as well as health added 1.47 and 0.96 points to the change.

The figures showed that the national index for food, which accounts for roughly half of the goods used to compute the Consumer Price Index (CPI), increased from 11.71 percent to 12.32 percent.

Also, the national index for non-food inflation increased to 14.29 percent, from 13.73 percent.

Responding to a questioned posed by CITY & BUSINESS GUIDE, Dr. Grace Bediako, Government's Statistician explained that inflation could go up in the next couple of months unless government's intervention through both fiscal and monetary policies works.

“As long as government's intervention has not influenced price levels, it will continue its surge”.

For the regions, Greater Accra region continued to record the least inflation of 13.47 percent followed by the Ashanti, Brong Ahafo and Upper regions with 13.81, 16.41 and 20.56 percent respectively.

The highest recorded inflation rates remained with the Northern and Eastern regions with rates of 24.88 percent and 25.76 percent respectively.