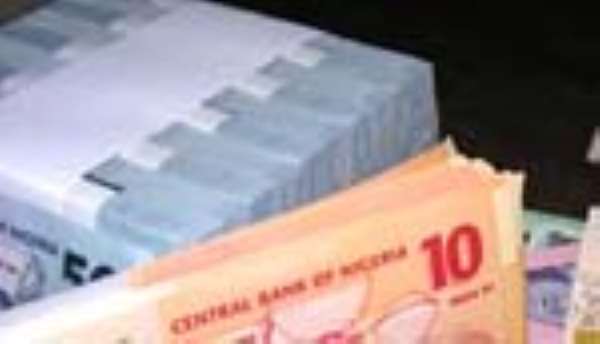 A total of GH¢92.47 million revenue has so far been lost by government as a result of the removal of tariffs on some food and petroleum products due to the global food crisis and the rising crude oil prices.

According to Dr. Anthony Osei Akoto, Minister of State in charge of Finance and Economic Planning, GH¢43.07 million and GH¢49.4 million were lost from food imports and petroleum products respectively in a month after a careful study on the situation by a technical team tasked by President John Agyekum Kufuor to do so.

Subsequently, the subsidies for the supply of fertilizer are also expected to cost the nation about GH¢11 million, Dr. Osei Akoto announced at a press interaction yesterday.

The press conference was to relay the study of the implementation of the measures to reduce the economic hardships as a result of the global crisis.

Just last week, the Customs, Excise and Preventive Service (CEPS) said it might not hit its revenue target for this year, as actions taken by government to lessen the rising cost of living on the public would result in a potential revenue shortfall of GH¢65 million from its target of GH¢1,917 million.

President Kufuor on May 22 this year announced some timely interventions such as the removal of import duties on rice, wheat, yellow corn and vegetable oil as well as excise duty and debt recovery levy on premix oil to arrest the escalating global prices of essential commodities including petroleum products which had hit the country's economy hard in recent times.

The five-pronged intervention which included reduction of excise duty and debt recovery levy on gas oil, kerosene and marine gas oil, and the increasing support for the production cost of electricity and the management of Aforestation Programme to increase planting of foodstuffs was to mitigate the effects of the global crisis on the people.

But these interventions had affected government's revenue, threatening the country's fiscal deficit position.

A recent report from Databank Financial Services Limited also revealed that inflation for June was to hit 18.4 percent.

According to the study, inflation for next month was expected to continue the current upward trend despite the seasonal downturn associated with the month, mainly because of expected further upward adjustment in domestic petroleum prices, as crude oil prices have increased from $125 per barrel in May 2008 to $140 per barrel.

Subsequently the ability of monetary policy to absorb the pressures emanating from the continuing global food and petroleum price increases is strained, the report suggested.

But Dr. Osei Akoto emphasized that though the inflation trend is threatening, government's fiscal and current policies will help lessen the effects of inflation.

“The Central Bank has done well in controlling inflation by its money supply policy”.

On social programmes, Dr. Akoto Osei noted that the expected expenditure for the school feeding programme and capitation grant are GH¢374,868 and GH¢17.879 million respectively.

The expected expenditure for the National Youth Employment Programme is GH¢77.965 million.

Meanwhile the taskforce will conduct studies on the global crisis on food and crude oil so as to recommend actions that would be necessary from time to time, until stabilization and normalcy are achieved.

The Innocent Flower Looking Akufo-Addo Is The Mother Serpent...
6 minutes ago