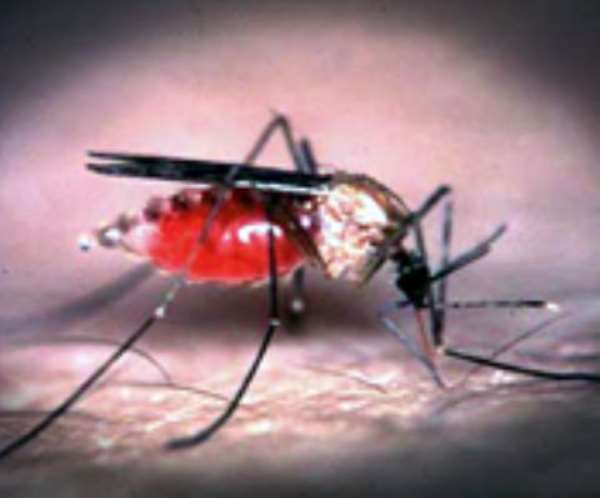 
To date, there is no effective vaccine to cure malaria and drugs available only cure part of the parasites that have been identified.

These drugs only cure 40 per cent of the disease but a good vaccine should be able to cure 80 per cent, Professor Isabella Quakyi, School of Public Health, University of Ghana, Legon, said on Tuesday at a day's forum on malaria and its eradication.

The forum, organized by the National Malaria Control Programme (NMCP) and the Ghana Malaria Voices was on the theme: "Towards Greater Understanding of Malaria and Working Towards Elimination and Eradication".

Speaking on the Complexity of Malaria, Professor Quakyi said there was hope to get a complete vaccine for the disease once it was attacked at the three stages of its lifecycle in the human body, that is, the liver, blood and the sexual stage.

She said the female anopheles mosquito that caused malaria, had a very complex lifecycle making it difficult to control hence the need to break that process.

She said, much as everybody shared in the ultimate eradication of the disease, it was very important to know the stages that the parasite went through adding, "we are all susceptible to clinical malaria".

Prof. Quakyi also said there was a widespread of drug resistance in malaria parasites and vaccines that proved effective were expensive.

She noted that the control of malaria involved a behavioural change in individuals and the urgent need for new tools to combat the disease.

She also called on scientists to conduct more research to find a vaccine to cure malaria.

Dr. Constance Bart-Plange, Manger, NMCP, said the three main strategies for addressing malaria were control, elimination and eradication, adding that, Ghana was currently 50 per cent at the control stage.

She said so far, the World Health Organization's (WHO) aim at eradicating malaria had proved difficult but it had succeeded through concerted efforts of countries to eradicate small pox.

Malaria transmission, she said, could be highly reduced in high transmission arrears like the West African belt, adding that, global eradication of the disease could not be attained with current existing tools.

Dr Bart-Plange, however, stated that Ghana was closer to the pre-elimination stage but there were existing gabs that could only be achieved with financial resources.

Currently, United Arab Emirates (UAE) is the only country in the elimination stages.

Professor David Ofori Adjei of the Noguchi Memorial Institute of Medical Research called for an aggressive media campaign on malaria and also had in mind the environmental aspects of malaria prevention.

He said there was the need to strengthen inter-sectoral collaboration between the ministries involved.