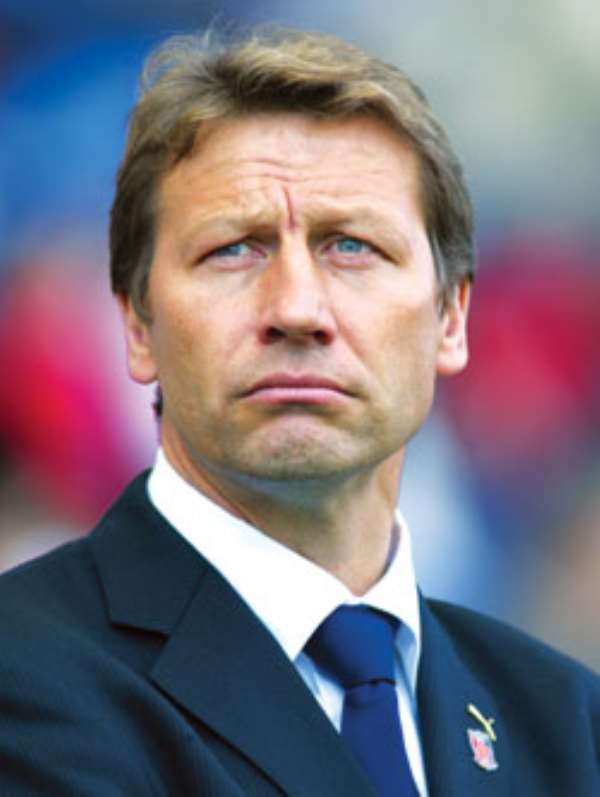 Ghana has contracted German trainer Guido "'Diego" Buchwald as the new coach for the Black Stars.

A 'supreme' source at the Ghana Football Association (GFA) told GNA Sports that Buchwald has signed a two-year renewable contract to manager the Black Stars.

The GFA is expected to outdoor the new coach next week. The source said both parties agreed on contractual terms when the coach was interviewed in Accra by his employers a fortnight ago. The GNA Sports can confirm that the Ministry of Education, Science and Sports is scheduled to meet the Federation later today, (Monday) ahead of the coach's unveiling slated for next Monday, June 23. Buchwald, 47, is expected to witness the Black Stars World Cup/African Nations Cup qualifier against Gabon at the Ohene Djan Stadium, Accra on Sunday.

Capped 74 times for Germany, the former defender previously managed Japanese side Urawa Red Diamonds and Alemannia Aachen in his native country.
As a player, his best career game was probably the final of the 1990 FIFA World Cup final when he effectively marked the Argentine creative genius Diego Maradona, earning him the nickname 'Diego'. Buchwald who succeeds French coach Claude Le Roy was also part of Germany's disappointing 1994 World Cup squad.
Le Roy parted ways with Ghana last month when his contract was expected to have elapsed at the end of June citing personal reasons.
The GFA head-hunted for the French's successor in a move that drew names including Klaus Toppmoller and former trainer Ralph Zumdick close to the vacant position. 16