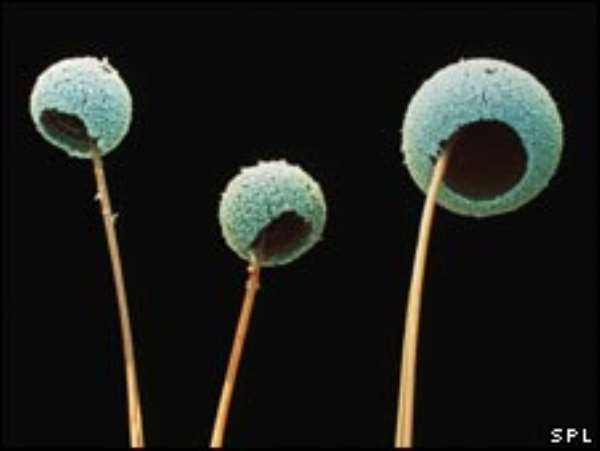 
Gardeners have been warned about a mould, called Aspergillus, that grows on compost and decaying wood following the death of a middle-aged man.

He developed severe breathing problems after working with rotting wood and plant mulch in his garden.

An expert said a dust-mask was a good idea when moving large quantities of mouldy bark chippings or compost.

The Aspergillus mould is very common in UK gardens and is better known as an allergy trigger, but serious illness linked to it remains relatively rare.

The case of the Buckinghamshire man dates from May 2007, when he arrived at hospital with worsening shortness of breath, a fever and muscle pain.

The results of the X-ray meant that doctors at first thought that pneumonia was the problem and gave him antibiotics.

These had no effect and tests suggested the inflammation in his lungs was getting more severe.

By now he had been transferred to the intensive care unit, but even this made no difference, and he was transferred to a bigger hospital for a last-ditch treatment to get oxygen into his body.

At this point, the laboratory found Aspergillus in two samples and talking to his partner revealed that the day before symptoms started he had been engulfed by clouds of dust while he shifted rotting tree and plant compost.

Unfortunately, although anti-fungal treatments were then given, he died a few days later.

The speed of his decline surprised doctors as, apart from smoking and a job as a welder, he seemed to be in good health.

David Denning, of the University of Manchester, said that while Aspergillus itself could be found in many gardens, it would generally be dangerous only if disturbed in large quantities and the resulting dust inhaled.

He said: "This should not be a problem for your average small-scale gardener who is using small quantities of compost at one time.

"However, if you are moving it in very large amounts, then perhaps wearing a face-mask would be advisable."

Prof Denning said that the key to recovery in severe cases was rapid identification of the problem, and prompt anti-fungal therapy, as many doctors would not see any cases of "aspillergosis" in their career, and try antibiotics first.

He said: "This article aims to alert doctors that this may be a possibility when patients present with these symptoms."