On My Agenda Heaven, There Is No Beer 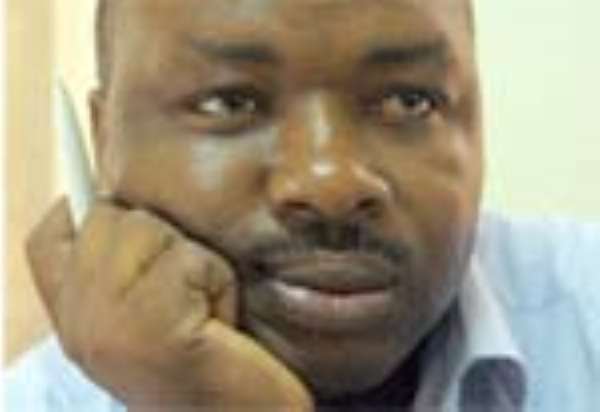 ATONGO SIMBA'S hit song, “Heaven, There is no beer” and that is “why we have been drinking all the beer” goes to sum up the kind of 'war' going on in my mind, prompting the little 'animal' in my head called modular oblongata to ask the question 'why the craze for alcoholic beverages?'

It is true that there is no beer in Heaven; not even the dreaded home reserved for Mr. Lucifer and his cohorts called 'Abosam Fire' could we conclusively say is a home for beer, and for that matter, alcohol.

The rate of alcohol consumption in the country and the spate of alcohol advertising in the media, particularly on television and radio is eating me up and I'm becoming worried over the abusiveness of that substance that we take for granted because it is the only substance in Ghana and elsewhere where it is a 'license to kill'; booze till you drop dead or till your wife leaves you for being irresponsible or you become a disciple of Mr. Apio with its insignia or marks on your face.

My worry is the way young people, sometimes very under-aged, who are growing to be our future leaders, indulge in excessive alcohol consumption while the Ghanaian society allows such alcoholic drinks to be presented in the media as an aphrodisiac for people with erectile dysfunction.

At that tender age, if one would have to take some kind of aphrodisiac before performing 'heavy duty' in bed just to impress your girlfriend that you too 'you're a man', then there would be problems in the not-too-distant future.

It is true that some amount of alcohol can take you to 'Cloud Nine', inducing you to swallow some saliva upon seeing the backside of the daughter of Eva, sometimes giving you some hallucinating vision.

Those claims are not only deceptive but also dangerous, because while it may be true, in the narrow sense, alcohol could induce a man to experience some sexual arousal for a short period; the long-term effects are harrowing.

After reaching the 'Cloud Nine' level at the short period landing becomes impossible and the only solution is to 'crash land', bam!

Our young people should be made to understand that alcoholism and the use of aphrodisiac have proven medical facts and figures that showed there is a direct link between liver diseases and obesity.

Social scientists have found out that while as a man grows older he loses sexual potency, a woman gets more sexually aroused in midlife, especially after two or three child births.

That is to say, if you begin to use alcohol or any of the many aphrodisiac medicines to boost your sex life at the prime of your life to prove to your sexual partner that you can 'perform', you stand the risk of losing your wife when she needs you most; that is when your 'magical powers' would have vanished.

Many women are leaving their matrimonial homes or are 'playing double' around the corner because the man they knew, endowed with the powers of 'Captain Planet' is now as weak as 'flatted beer'.

One area of concern is that consuming large amounts of alcohol over a period of time could impair normal brain development in humans.

Deficits in retrieval of verbal and nonverbal information is eminent and heavy alcohol consumption inhibits new brain cell development. So why risk your future at this tender age?

If the state can spend billions of cedis on advertisement urging the youth to keep away from drugs such as cocaine and other prohibited drugs, why can't we use a fraction of such money to warn the youth against the consumption of alcohol?

When the Food and Drugs Board (FDB) 'decreed' that alcoholic beverages were not to be advertised on air without prior concern, the FDB was taken to court by parents whose children are at risk of being alcoholic and had FDB lift the 'ban'.

In the name of 'Freedom of everything' these 'parents' threw caution to the wind and began jubilating for 'flooring' the ubiquitous FDB.

For me, it was not a victory worth celebrating; rather, it was like the man who supplied fake drugs to institutions and drugs stores and warned his wife and children not to patronise drugs from 'so-so-and-so' places.

But as fate may have it the whole family became 'victims' of their own father and husband's greed.
They were injected with some of the fake drugs and they all died.

In the name of profit maximization - the underlying principles of capitalism as against the communal benefit - entrepreneurs sell and advertise alcohol forgetting that they also have children.

I want to call for more stringent laws governing alcohol sale and consumption, especially laws that restrict the age at which younger people can be permitted to take alcohol.

I understand there is a law in Ghana which puts the age limit at 18 but the problem has always been the enforcement.

I again want to suggest that there must be a law that limits the times when alcohol can be sold. It doesn't make sense that alcohol is sold around the clock. Proximity is another case. We shouldn't have too many alcohol dispensing facilities in one's vicinity.

In effect, while we cannot determine how people use their freedom of choice, we should be able to guide the exercise of that choice - and we do that through the law.

Yes, Heaven might not have beer for its occupants and that does not give us the cause to 'celebrate' every occasion having ourselves buried in beer or alcohol.