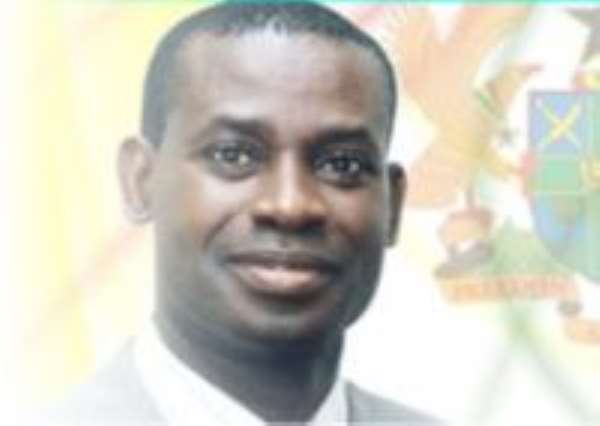 Even though the Ten Commandments admonish one not to take what belongs to another, the former accountant of Winners Chapel Ghana, Daniel Opoku, is alleged to have embezzled at least GH¢11,200 from Heritage Academy, a school belonging to and run by the church, as well as several thousands of cedis pilfered from church coffers, usually after church service, when the offertory had not been properly sorted and counted.

In separate operations, Daniel Opoku is accused of forging the signature of the head of the church, Bishop George Agyeman, and that of his Associate Pastor, Maxwell Tweneboa-Kodua, to withdraw GH¢15,000 from the church's account at Prudential Bank. That incident is still under investigation.

Again, Daniel Opoku, who is also the General Manager of Daniops Limited, a marketing firm, is alleged to have embezzled some undisclosed amounts of offertory or collection, and, allegedly, with the help of Beatrice Emmanuel and Felix Cyril Doko diverted funds from the school into their personal accounts.

Whole columns are missing from the Opoku document, with most figures manipulated to cast a greater burden on Cyril Doko. And, while the copy of the report he sent to us is dated May 7, 2008 and printed on ordinary A-4 sheets, the date on the original document is March 3, 2008. The original version is on the letter head of Dhekhab Associates, Chartered Accountants and Management Consultants.

A source close to the church has hinted The Statesman that funds suspected to have been pilfered directly from the offertory box after normal church service is over GH¢2 million (¢2 billion).

But church authorities are tight lipped about all the amounts involved, fearing that, it might draw the name of the church into disrepute. Speaking on condition of anonymity, a senior church official told this paper the church receives on average over GH¢40,000 as offertory every Sunday.

However, the Commercial Crime Unit of the Criminal Investigations Department of the Ghana Police Service appears reluctant to pursue the case, even though a report has been made to it.

Mr Opoku, was appointed as the Accounts Officer of Winners Chapel, Ghana on 18th August, 2003 and promoted to Acting Head of Accounts from 6th November the same year.

After his appointment as the Head of Accounts, the church administration discovered some discrepancies in their accounts when he was the Accounts Officer, as well as a noticeable down turn in monies recorded as offertory.

As a result of the persistent discrepancies, a forensic audit was conducted into the financial activities of the church and it was realised that a huge some of money could not be accounted for.

Upon investigations, it was initially discovered that Mr Opoku allegedly forged the signature of Bishop George Agyeman, and Pastor Maxwell Tweneboa Kodua on a cheque with the sum of GH¢15000.

According to our source, the cashed cheque from Prudential Bank was paid into a bank account of a fictitious company operated by his private secretary at Daniops Limited, whose name was given only as Edith, with the Adabraka branch of Merchant Bank.

It was based on the interim report of the auditors that a formal complaint was made to the Commercial Crime Unit of the Ghana Police Service.

When Mr Opoku was contacted, he told The Statesman that though the matter is still under investigations, he had an agreement with the church's administration that he will pay the cheque worth GH¢15,000 and cash of GH¢1,900 in installments to the church and that the church has written to the police to that effect.

But again, a close source to the administration of the church denies ever having that discussion with Mr Opoku, saying that although he has proposed an idea like that at the Police Headquarters, the church is yet to take a position on that proposal.

"My sister, this is a criminal matter so it is the police who have to deal with the matter. We have not taken any decision like that, the only letter we wrote to the police was the one requesting them to take action on Mr Opoku and his accomplices for their involvement in the fraud and embezzlement."

"In any case, how can we make such a suggestion when the final audit report that will specify the real amounts involved is not ready, we have not done any such thing," the source added.

When The Statesman contacted Mr Opoku, he admitted that some amounts of money got lost from the church account when he was the accountant but he does "not remember the exact amount." He denied the forgery charge.

Meanwhile his secretary and alleged accomplice, Edith, told this paper that she was in the office last year when her boss, Daniel Opoku called and asked of her account number which she willingly gave to him.

According to her, Mr Opoku later called to inform her that he has deposited some money into her account. She said three days later, her boss asked her to withdraw the money he paid into her account for him.

"After withdrawing the money, I asked him why he decided to deposit such huge sum of money into my account and the response was that he was trying to build my account".

Edith said, some months later, Mr Opoku invited her and Mrs Daniel Opoku to the police headquarters where she was interrogated by a police officer about the issue.

She told this paper the two were detained from 7:00am till 8:00pm before they were discharged. She said two cheques bearing her name were shown to her. "I told the Police Officer of what I knew about the case and was cautioned by the officer to be careful of such things".