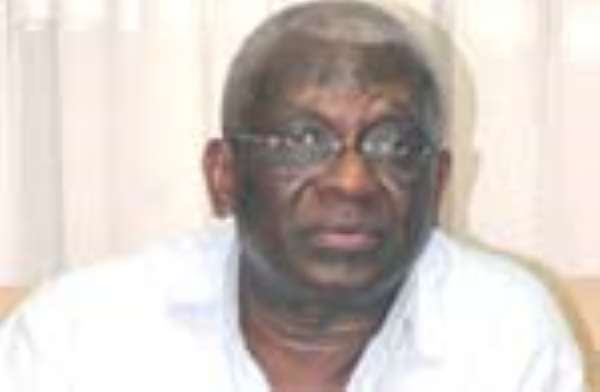 Afare Apeadu Donkor, the largest individual shareholder of CAL Bank has stated categorically that the board and management of the bank goofed during the annual general meeting (AGM) held in March 27 this year because they did not follow due corporate governance structures.

Mr. Donkor who holds 11.05 percent in the bank disclosed this at a press interaction last Friday evening at his residence.

“I have requisitioned an Extraordinary General Meeting (EGM) schedule for coming Thursday June 5, 2008 to among other things seek the removal of Frank Adu Jnr, Managing Director of CAL Bank period,” he said adding that his chief reason for proposing the ousting of Mr. Adu as a director was because the MD had taken certain decisions at the AGM which would have been injurious to the shareholders.

“Already, the Board Chairman, George Victor Okoh and a member, Alhaji Asumah Banda have done the honorable thing so Mr. Adu must follow suit,” declared Mr Donkor, who is also the Ghanaian Ambassador to China.

“I am urging the 23,000 shareholders of the bank to acquire a copy of the members circular to which I have responded, in order to be ready to vote massively for the resolutions I have proposed for the EGM.

“I intend giving further insightful details on the floor of the EGM. In as mush as I had no qualms with the Rights Issue there is clear evidence that the entire management had failed and so should resign; also, since they have not acted the least in the interest of shareholders”.

At the AGM, the board tabled proposals including the creation of a pool of shares of up to 3 percent of issued shares as at December 31, 2009 for directors, which amounted to GH¢6 million, the increasing of the stated share capital of the bank and the shoring up of directors remuneration to GH¢377,000, about 79 percent over the previous financial year.

The decision pushed the Social Security and National Insurance Trust (SSNIT), the largest shareholder (26.63 percent) to protest, coercing the other shareholders present on the day to vote against the resolutions.

Mr. Donkor also emphasized that Mr. Adu's present position as Chairman of the Council of the GSE and its Listing Committee put him in a conflicted position as an MD of a bank which was also listed on the Accra Bourse.

On whether his action was personal, he responded in the affirmative “in the sense that I am the founder of the bank in 1989 and had ambitious plans for it which unfortunately was thwarted in 1996 by then Governor of the Central Bank, Agama”.

“Shareholders should know that at age 64, I am not interested in the position of M.D., rather I have personal interest in the bank as I have investment in it and will not sit idle for my investment to be misdirected and destroyed”.

Regardless of the outcome of the EGM, the point would have been made that shareholders of a listed company should never be taken for granted, he reiterated.

Mr. Donkor's requisition is demanding an increase in the stated capital to GH¢100 million in various tranches, the election of Dr. Kobina Quansah, himself and Yofi Grant as directors and the removal of Mr. Adu Jnr.