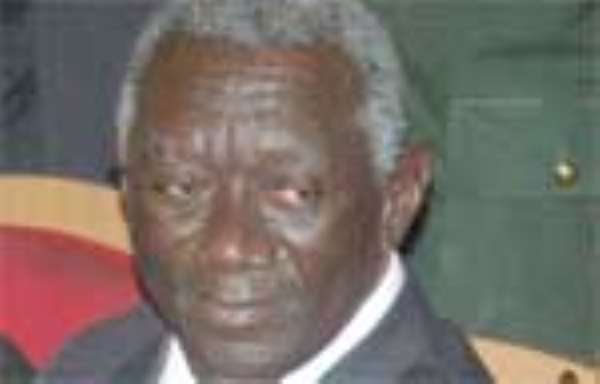 The much-touted Presidential intervention to mitigate the harsh effects of the petroleum and food price hikes has finally come, an action we consider timely and auspicious.

It is expected that within the shortest possible time, the effects of the pruned taxes and the abolition of others would alter the lot of many Ghanaians who have suffered from the severe global phenomenon.

That the measures finally came is sufficient evidence of the commitment of government to ensuring that Ghanaians do not suffer unduly from the global economic hardships, even though we dread the effects of these on the economy in the long-run.

Even before the President convened a Cabinet meeting to brainstorm over the very harsh global economic situation whose shocks have dealt unsavoury repercussions on our economy, many saw the government action coming.

When the announcement therefore came, it was received with a kind of déjà-vu feeling by many, having witnessed the response of government to developments when they unfold.

Much as we doff our hats for the President and his team for adopting the measures, we shudder at the cost involved, which stands at millions of dollars.

But what could have been the option when millions of citizens are feeling the pinch of the global phenomenon?

If governments are in place to take decisions to contain painful developments such as the ones being felt globally among others, then President Kufuor and his team have acted wisely, the economic repercussions notwithstanding.

Macro-economic experts may not agree with some of the measures, but the human face approach to such issues always outweighs all other considerations.

Government, there is no doubt, considered various options before landing on the just announced measures.

The price of crude oil has hit an obscene level of $135 per barrel, a situation whose effects on an economy which imports fossil fuel can only be conjectured.

Until the pumping of our providence-given oil begins, which the President put at within the next two years, we would have to continue to be at the mercy of a capricious black gold market.

President Kufuor has acted. It is for us as Ghanaians to reciprocate the gesture by joining hands with those at the helm of affairs so that the objectives of the measures are achieved.

In our editorial of yesterday, we touched on the self-inflicted injury by some Ghanaians on their country.

The measures as announced by the President would reduce our prices and thus encourage unscrupulous persons both local and foreign to smuggle these outside the country.

It would be wicked and unpatriotic on the part of any Ghanaian who would fold their arms when food items, subsidized with public funding, are treated this way.

We should all as bona fide Ghanaians sit up and protect our resources by cooperating with the security agencies especially Customs, Excise and Preventive Service personnel so that rice, wheat and other items whose prices would be subsidized do not find their way to neighbouring countries.

Unnecessary politicking of the precarious situation in which we find ourselves as are other countries worldwide, would not serve the genuine interest of the country.

It is gratifying to note that the measures, like the President noted, would not affect programmes like the Capitation Grant and the School Feeding Programme among others.

Suffice it to add though that until we all rally round government, we would not derive the benefits from the measures.

Any attempt by uniformed vigilantes to foment trouble here w...
6 minutes ago

Our spiritual father says vigilantes are being recruited, ar...
13 minutes ago