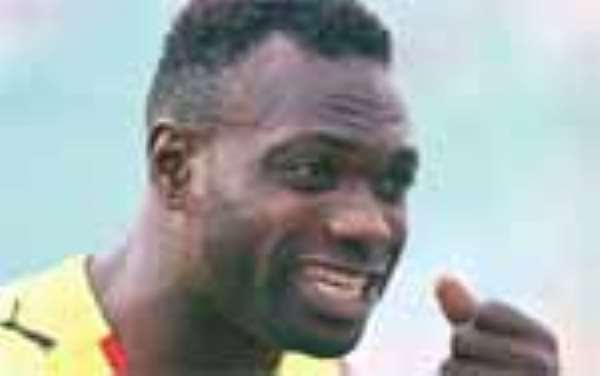 PORTSMOUTH S coach, Harry Redknapp will be in the stands when football stars gather at Portsmouth s Fratton Park for a match put together by Kanu Heart Foundation to raise money for heart patients.

Among the stars that will play the charity match are Pompey s target, John Mensah, who is all set for his first taste of Fratton Park.

Monday night will see the Blues stage the latest charity fixture between Friends of Kanu and a Pompey XI. And the powerful Ghanaian defender - who has been linked with a summer move - is one of many names pencilled in.

Fratton s former hero, Benjani of Zimbabwe, will also be back this year. Some 4,600 spectators were there last year to witness a host of star names appear in a scintillating 7-5 clash.

The star-studded fixture is in aid of the Kanu Heart Foundation, a charity established to raise funds for African children to have heart surgery overseas.

Kanu himself underwent heart surgery when he was 17 to enable him fulfil his dream of becoming a professional footballer. He said: "The Kanu Heart Foundation is for people who have heart problems but cannot afford to go for operations, so we raise the money for them.

"Half of the players who played last time are coming down and hopefully, the stadium will be fully packed. We are trying to help other people who can t afford operations and it is so important to raise the awareness.

"Hopefully, we can also show the FA Cup to the fans. It is the game to say thank you to the fans and goodbye for the season."