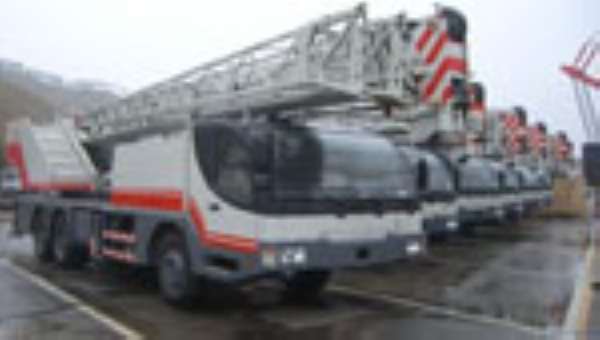 It has all the characteristics of a conundrum because various interventions have been put forth to manage it to no avail.

Waste management has eluded such interventions from the time migration to Accra from the hinterland began tilting the scale.

It is therefore not as if the incumbent political administration is the first to witness the problem of waste management.

Like all subjects which are very sensitive to population pressure, waste management has not spared city managers the headache which is its characteristic.

Under pressure from an inadequate waste management regime in the nation's capital, the NDC administration, it would be recalled, imported a number of international trucks from Canada as a way of controlling the rather difficult subject under a new arrangement to tackle the problem.

It did not work as expected because among other things, the quantity of waste generated overwhelmed the resources available. There was also the noise of a possible malfeasance at the time.

It is now history and so cynics can deliberately ignore it and create erroneous and tendentious remarks as though nothing untoward ever happened.

In a country where people easily forgive and most likely even forget, such cynics can easily get away with warped remarks and lies called facts.

In Nima, the sprawling part of the capital, the infamous “bola” riot was recorded under the NDC. A life was lost during that event, at a time when Dr. Farouk Brimah of blessed memory was the MP for the constituency.

Some angry youth had protested against what for them was an eyesore after a mountain of garbage had become a prominent feature of a portion of the suburb.

No solution has been found yet to the problem of waste management, for no sooner has a solution been found than another one rear its head.

For want of a better subject to twist for political reasons, waste management has come in handy for such persons.

The Zoomlion waste management module alongside the city beautification project being undertaken in partnership with the National Youth Employment Programme no doubt has contributed immensely in the management of waste.

It is a novelty response to a nagging problem which has not responded to various treatments stretching a number of political regimes.

We have learnt remorsefully about the delayed payment of fees by the Accra Metropolitan Assembly to the various agencies engaged to manage the waste of the city.

Such a delay, we have learnt, has impeded the efficiency of the agencies. The Ministry of Local Government has cleared its name by stating that it as a ministry provided the necessary funding and that the AMA should answer for the lapses.

But happily, we have also heard that Zoomlion is going to come out with a new arrangement to deal with the problem head-on.

Even with this good news, we are of the opinion that Zoomlion, in order for it to remain in business, must be paid its due and promptly, to pay for salaries and buy equipment inter alia.

The company is also going to manage the landfill site which is another source of problem for waste management in Accra.

It would be recalled that the landfill site on the Accra/Malam road has been a subject of controversy between residents in the area and the AMA.

Whereas those who live in the landfill site complain about the stench and the danger the dumping of refuse poses to their health, those living outside the place appear not to be sympathetic to their concerns.

We think that a more scientific way of managing waste must be sought because the landfill concept cannot be continued indefinitely.

Zoomlion which has added another item on its menu by the landfill management concept, must be given the necessary support to live up to expectation.

The waste management eyesore is real and the earlier we tackled it effectively, the better. And what better way to do it than to support Zoomlion to deliver.

Domelevo rubbishes Audit Service claims he owes about $4,020...
40 minutes ago