Drogba Fit To Play In Final 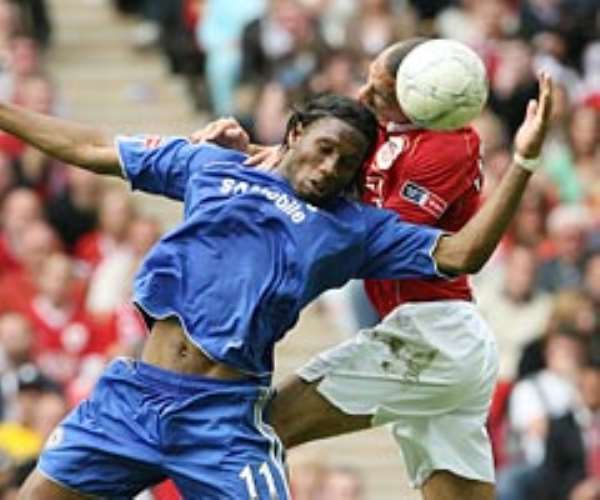 Cote d'Ivoire captain Didier Drogba has declared he will be fit to play in next week's UEFA Champions League final for his English club Chelsea.

Drogba's participation in the Moscow match against Manchester United had been in doubt after he picked up a knee knock in Sunday's draw with Bolton Wanderers in the final league match of the season.

Drogba had an ice pack strapped to his knee after the game and Blues manager Avram Grant admitted Drogba's fitness was a worry for him.

Drogba has played down the severity of the injury and insists he will be fit in time for the clash with Manchester United.

"I got a blow on my knee which got surgery, and it had a bad reaction.

I immediately put some ice on, but there is nothing serious. I will resume training sessions this week.

Drogba refused to discuss his future with reports last week suggesting Italian club AC Milan were closing in on his signature.

"Today I just have the Moscow final in my mind.

What will happen in June or July? I don't know yet," continued Drogba.