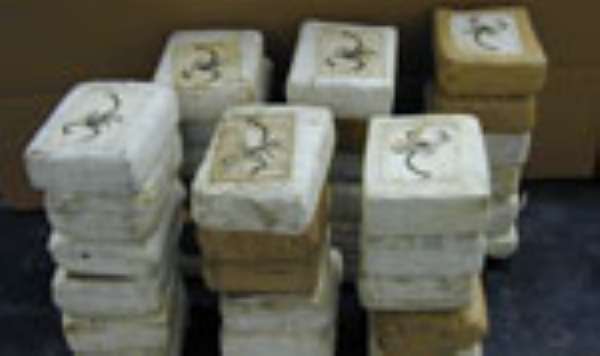 Nana Obiri Boahen, Minister of State at the Interior Ministry, has frowned at the manner in which selected portions of the Kojo Armah Committee Report on the disappearance of cocaine from police hands are being published in sections of the media.

According to him, while it is not wrong for people to obtain copies of the report, there is the danger that the publications would be out of context and therefore send wrong signals to the general public.

Speaking in an exclusive interview with DAILY GUIDE yesterday, the Minister said he is particularly worried at the development, and asked those behind the selective publications to put a stop to it.

“If you are serializing the entire report, fine, but selecting certain portions is not good. Assuming you publish page 20 today and jump to page 38 tomorrow, you would not be fair to the committee.”

He said the Kojo Armah Committee simply forwarded its report to the office of the Attorney General and Minister of Justice for legal advice, and opined that based on what advice the Attorney General's office puts out, the Government would issue a White Paper on the matter.

He said since the report was still being considered by the A-G's office, it was inappropriate to engender public debate based on bits and pieces of it, stressing that the opportune time for informed public debate would be after a White Paper had been issued.

He however stated that he did not know when the White Paper would be issued.

“What I mean is that there is nothing wrong if you have a copy of it. But again what I am saying is that we need to wait for the A-G's Department to come out with the legal advice, then we can start to discuss and debate it,” he noted, adding that if care is not taken, readers would be tempted to rely on these extracts, which perhaps might have been quoted out of context, as the entire report.

The Kojo-Armah-led Committee was established on 1st February, 2008 to look into the strange disappearance of several large cartons of cocaine from an exhibit room at the police headquarters in Accra.

After questioning 43 persons including the IGP, Mr. Patrick Kwarteng Acheampong and David Asante Apeatu, former Director of CID, the Committee failed to establish who was responsible for the missing parcels.

The Committee sittings were as dramatic as the seizure of the cocaine two years earlier. For instance, two men who were first presented as witnesses eventually turned up to be police informants.

Reliable information gathered by this paper alleged that the two were paid GH¢5,000 in order to appear before the Committee. The amount was allegedly paid in two tranches of GH¢2,500, each paid on the day they appeared to 'testify'.

It is further alleged that on the morning that one of the informants/witnesses made his second appearance before the Committee, he had tucked into his pocket the second payment of GH¢2,500, which he had just received.

The source further hinted that one of the so-called informants, after receiving the first tranche, never appeared before the Committee again, and it was told he had gone into a coma.

It said although the Committee could not pinpoint any single person or group of persons who had swapped the cocaine, some people would be prosecuted based on circumstantial evidence.

In a related development, the storekeeper of the Exhibits Store at the CID Headquarters, where the cocaine was stolen, Deputy Superintendent of Police (DSP) Patrick Akagbo, has been released on bail.

Akagbo, who had since January 28, 2008 been in detention in the Bureau of National Investigations (BNI) cells on the orders of the Police Administration, was granted bail last Thursday.

He gained his temporary freedom on May 7, 2008, following a letter written by the Director-General of the Criminal Investigations Department (CID), Deputy Commissioner of Police (DCOP) Frank Adu-Poku.

He was said to have been released on health grounds.
The 67 cartons of 'controversial cocaine' and some $10,000, was arrested on May 21, 2006 at Prampram in the Dangme West District of the Greater Accra Region, following a tip-off by a local fisherman.

But before investigations could reach advanced stage, a large quantity of it was stolen from the police exhibit room.

The government is however yet to officially react to the findings and recommendations of the Committee.

Prof. Jane Naana Don’t Deserve To Benefit From The Party Raw...
34 minutes ago

Election 2020: Mahama Turned Voltarians Against Rawlings, Re...
34 minutes ago