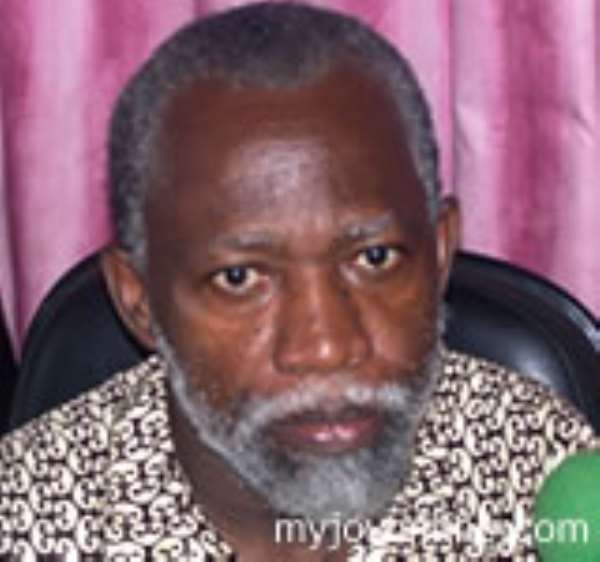 
The Rector of the Ghana Institute of Management and Public Administration (GIMPA), Dr. Stephen Adei, has stated that this year's general election presents the best crop of presidential aspirants in the history of elections in the whole of sub-Sahara Africa.

"Never in the dark past of sub-Sahara Africa at least in my experience as former United Nations Representative to Namibia, have we had such large numbers of respected people presenting themselves to be voted for in any general election," he said.

He therefore asked Ghanaians to be proud of themselves adding, "I think we have personalities whom even the Americans will envy".
The graduandsDr Adei was addressing graduates of the GIMPA Business School, Graduate School of Governance, Leadership and Public Management and the Greenhill College at the sixth congregation of the institute on Saturday.

Dr Adei said given the respected array of presidential aspirants, Ghana will certainly produce another good president to rule the country for the next four years.

Dr Adei commended the government for not pumping money into the system for short-term political gain.

On the current global food shortage and the unprecedented rise in crude oil prices, he said Ghana could take advantage of the food shortage especially, to double her food production.

That, he said, could be done with a good combination of policies including selective subsides on initial capitalisation on the production of rice.

On the appointment of his successor, the outgoing rector gave the assurance that the process was transparent and he had no hand in it.

"The GIMPA council's search committee is totally independent to conduct searches, interviews and present candidates to the council for a final decision," he said.

The Chief Executive Officer of the Shippers Council, Kofi Mbiah, who was the guest of honour, paid glowing tribute to Dr Adei for transforming GIMPA into a centre of excellence.

He called on the institute's council to solve whatever challenge the institute is confronted with regarding the leadership.

"The task ahead calls for creativity and innovation and so recycled and repackaged ideas should be done away with," he said, adding these cannot solve the country's problems in the energy and other sectors.

Mr Mbiah challenged the graduates to "think outside the box" to propel their organisations.

Mr Edward Salia, Member of Parliament for Jirapa, delivering the valedictory speech on behalf of the graduates urged his colleagues to show by their excellent performance that GIMPA has adequately equipped them for their task ahead.

He called on the institute to maintain the high admission procedure in order to produce more quality graduates.

"It can be embarrassing for GIMPA to produce sub-standard graduates who are unable to match up with graduates of other universities because of compromised admission criteria," he stated.