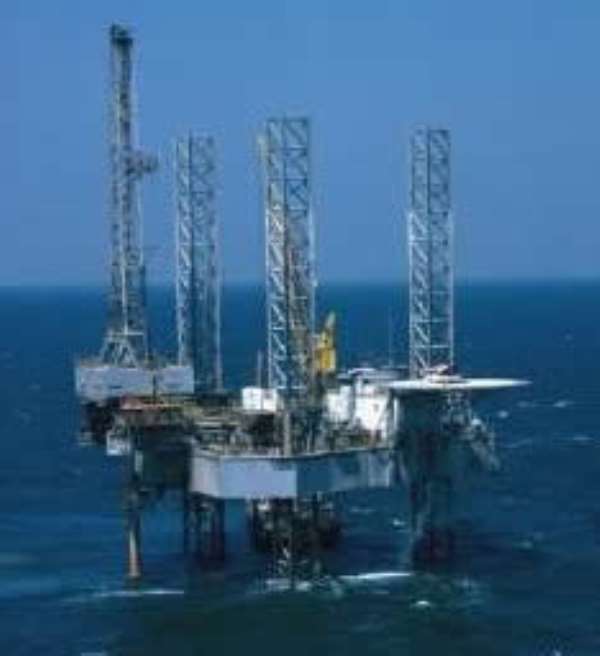 
Tullow Oil says there is a chance it could generate as much as 1.8 billion barrels of oil at West Cape Three Point and Tano Basin where it recently discovered oil.

It says though Mahogany-2 is the third test well that has been drilled at the Jubilee Field, there are three other test wells that will be opened during the rest of this year.

Work on the first is expected to start in July.

Detailing the find in a Stock Exchange announcement in U.K, Tullow said its Mahogany-2 well, which is being drilled to assess the Jubilee field off the Ghanaian coast, had been expected to show a “gas cap” representing the outer limits of the field.

However, this did not prove to be the case and the results now suggest that the field is an 11km-long “strategic trap” of oil held in place by non-porous rock.

That is good news for volume estimates, and Tullow now believes the well is 90 percent certain to yield 600m barrels, with a 50 percent likelihood of there being 1 billion barrels.

This comes after shares of Tullow Oil continue to soar on the London Stock Exchange after recording a 24 percent rise a few days ago.

More than £1 billion has so far been added to the value of Tullow Oil after the exploration group announced a major find off the coast of Ghana last week.

The 24 percent gain is one of the biggest single-day price movements seen in a FTSE 100 company's share price.

With the relationship between supply and demand for the fossil fuel increasingly tight, analysts say the value of the discovery could add millions more to the company's rapidly rising value in future.

As is common with most oil fields, several companies are involved in this one, which is so big it spans two licenses-West Cape Three Points, in which Tullow has a 22.9 percent interest, and Tano, in which it has 49.5 percent.

Analysts believe that as a result of Mahogany-2's success, the company will be more aggressive in exploring the outer limits of the field than it previously announced.

The chief executive, Aiden Heavey, said: “The confirmation that Mahogany-2 is in communication with both Mahogany-1 and Hyedua-1 reinforces our interpretation that Jubilee is a major discovery and is likely to lead to a material upgrade of current resource estimates.

“We will continue our appraisal and development programme over the remainder of 2008, with the overall objective of achieving first production in 2010. This is one of the best discoveries for a long, long time.”

Mr Heavey said the discovery would have a major impact on Ghana as well as on his company.

He said: “Ghana is very fortunate that this discovery has been made today rather than 30 years ago and the bulk of the revenues will go to the people.”