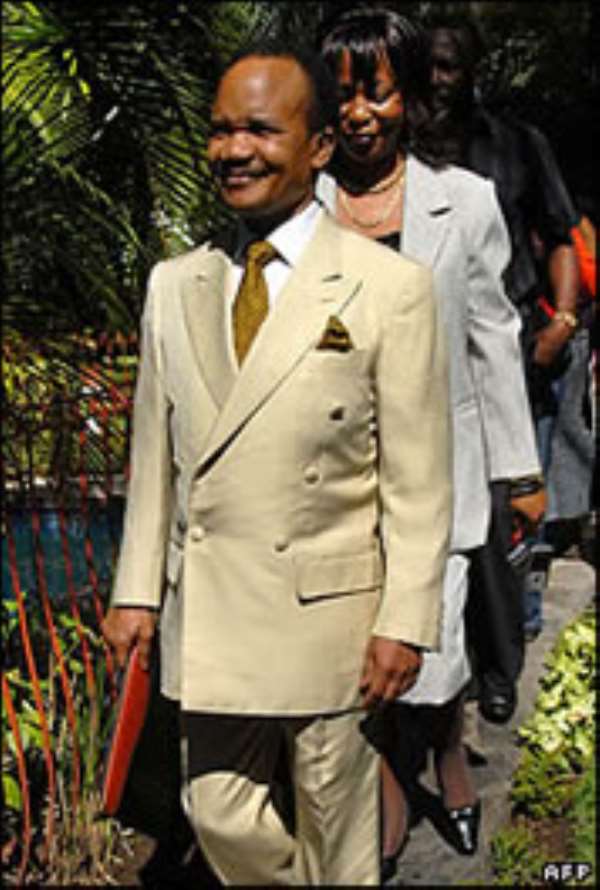 
The Zambian government says it has recovered money and assets worth nearly $60m stolen during the rule of former President Frederick Chiluba.

The assets include bank deposits and an upmarket apartment in Belgium.
Information Minister Mike Mulongoti said the assets would be sold and the money used to upgrade hospitals.

Mr Mulongoti said the funds were recovered from former government officials who had served in Mr Chiluba's administration.

Mr Chiluba is on trial at the Magistrates Court in Lusaka, charged with corruption.

In May last year, the High Court in Britain ruled that Mr Chiluba and four of his aides had conspired to rob Zambia of about $40 million.

The civil action was brought in Britain because the allegedly stolen money passed through bank accounts in London.

UK Judge Peter Smith said Zambians should know that when the former president appeared wearing his trademark designer clothes, they were paid for with public funds.

Mr Chiluba, who served two terms as Zambia's president from 1991 to 2001, is challenging that verdict.

He denounced it as "racist" and "obscene".

His successor, President Levy Mwanawasa, has been pursuing an anti-corruption drive against Mr Chiluba's former government.