Ghana remembers victims of May 9 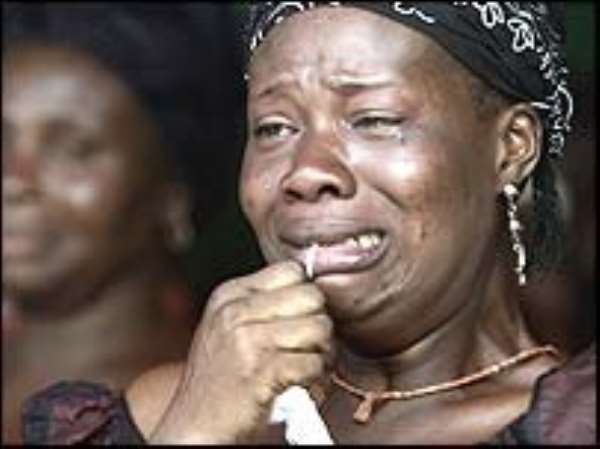 The football family have fallen silent to mark the 7th anniversary of the May 9 disaster.Fans have gathered at the site of the scene, the Ohene Djan Stadium to pay their respects to the 126 people who died on May, 9 2001, in the Ghanaian capital, Accra.

In each of the 7 years since Ghana football's most horrific day a memorial service has been held, at the Ohene Djan Stadium, as prayers and a minute's silence are observed for what happened when Accra Hearts of Oak played Asante Kotoko in a league game.

The families, friends, relations and all members of the football family unite to pay their quiet respects to the 126 football fans who were crushed to death after a stampede broke out in one of the stands at the Stadium.

Police officers fired tear gas into the stand in their efforts to control rioting Kotoko fans after Hearts overturned a one-goal deficit to lead 2-1 rather ended the lives of 126 fans who were crushed to death while attempting to escape.

The loss of lives saw Ghana and the Ohene Djan Stadium (then know as Accra Sports Stadium) record Africa's worst football tragedy on the 9th of May.

But seven year's afterwards, the nation has moved on while trying to erase the scars of the tragedy.

President of the Ghana Football Association, Kwesi Nyantakyi has remained steadfast in ensuring that match venues are safe but did not shy away in condemning crowd violence.

“The past events of the Ohene Djan Stadium (then know as Accra Sports Stadium) disaster has taught our country a great lesson around public safety, security and crowd control.

At the refurbished Ohene Djan Stadium, was a powerful reminder that aside the importance of the day, football is an extended family, to which many belong, and for whose support 126 innocent people died on that evening, May 9 2001.