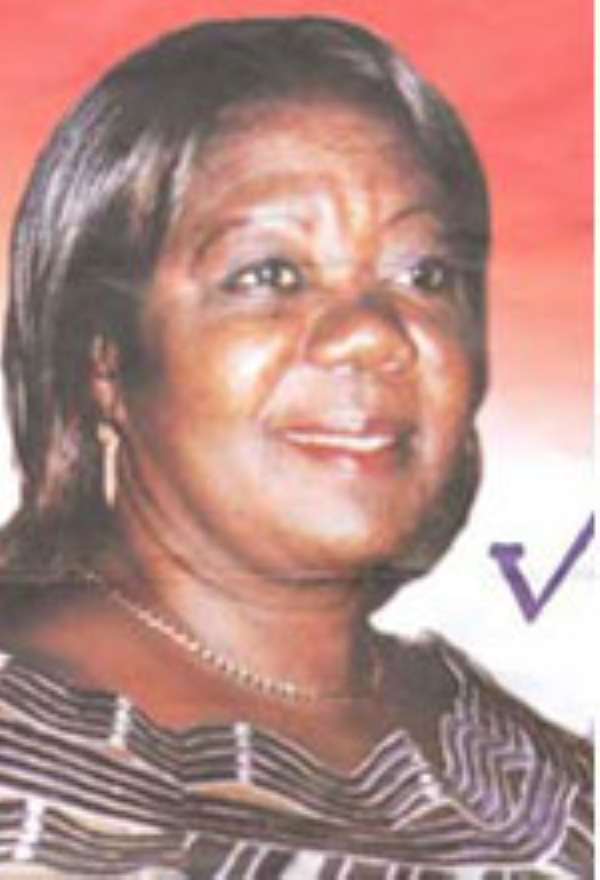 THE Entire Shama Constituency executive
members of the ruling
New Patriotic Party (NPP) have called on the National Executive Committee (NEC) of the party, to nullify the dubious confirmation of Mrs. Angelina Baiden-Amissah, as the party's parliamentary candidate for the constituency.


Messrs. Kwaw Minano, Martha Tawiah and Gordon Prempeh, first Vice Chairman, Secretary and Organizer respectively, told The Chronicle that the NEC had no other option than to nullify the acclamation of the Member Parliament (MP), to save the party from chaos and factionalism, because they as executives were not aware that a programme of that sort was going to happen.


The constituency executives had also not received any report from the vetting committee, or the NEC, that Mr. Samuel Ericson Abakah, who is challenging the MP for the seat, had been disqualified, or stepped down, to pave the way for the minister to be acclaimed.


“As First Vice, I was not aware that the MP was going to be outdoored as our candidate, because there was no programme to that effect,” Minano told this reporter.


He alleged that it was Nana Owusu-Ankomah, the Regional Chairman of the party, who hired a taxi for the 2nd Vice Chairman, Mr. Asmah, who defected from the National Democratic Congress (NDC) to join the party, to go round at the odd hour of 9:00 p.m. on Monday, to inform selected delegates that the national executives of the party were meeting them the following day.


He promised to call a meeting, where a resolution would be passed, to reject the dubious acclamation of the MP, who is also a Deputy Minister for Education.


Mrs. Angelina Baiden-Amissah told this reporter, in a telephone interview, that she was not perturbed with the decision of the constituency executives.


This is because they (executives) were called for the acclamation exercise, but they chose to absent themselves, for reasons best known to them.


Asked how she felt when five executives of the party, including the Chairman, First Vice, Secretary, Women Organizer and Organizer, have threatened to nullify the exercise, she responded, “I don't care, because it is the regional executives, who acclaimed me, so they can do what they like.”


Meanwhile, the party is to face its first legal battle, after the vetting of the parliamentary nominees, following the questionable and shocking disqualification of Mr. Ericson Samuel Abakah, a prominent lawyer based in Takoradi, from contesting the Shama parliamentary seat.


Abakah had never been written to, or communicated to, by the vetting committee, that he had been disqualified.


This paper can report that Mr. Abakah was filing a writ, at the Sekondi High Court on Monday, to restrain the party from imposing Baiden-Amissah on the constituency.


Abakah's counsel, Mr. Joseph Abakah, confirmed this in a telephone interview with The Chronicle.