Bad or good news for NPP? Osafo Maafo says new faces or old faces, the value is still the same! 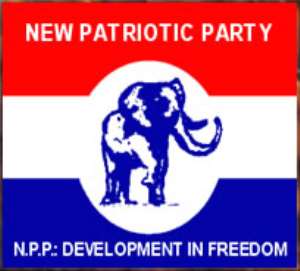 The defeat of top NPP “gurus” like Captain Nkrabea Effah-Darteh (Rtd), Nana Obiri Boahen and Anne Nyamekye in the party's ongoing primaries is creating jitters as Election 2008 draws closer. It is also bringing uncertainty to other top names seeking election or re-election to the legislature. The question is whether that's a sign of NPP fatigue or NPP regeneration.

In the primary held in the Berekum constituency where Captain Effah Darteh (Rtd) is the incumbent MP, Mr. Kweku Agyekum Boateng polled 88 to oust the sitting legislator who managed a paltry 5. Last year Captain Effah Dartey was disqualified from contesting as a presidential aspirant of the NPP by the party's vetting committee before the national delegates congress which eventually settled on Nana Akufo-Addo as the presidential candidate.

In the Sunyani East constituency, Obiri Boahen fell as he polled only 5 against the 61 votes polled by Kwasi Ameyaw Cheremeh, General-Secretary of the National Association of Local Authorities of Ghana (NALAG).

In all the NPP primaries held last week, only Kwaku Agyeman Manu, who is the Deputy Minister of Trade, Industry, Private Sector Development and President's Special Initiative retained his seat.

In his Dormaa West constituency, Mr. Kwaku Agyeman Manu polled 79 to emerge the winner, beating Yaw Yeboah who got 60.

The MP for New Juaben, Mr. Hackman Owusu Agyeman, another stalwart of the party who was defeated in his bid to become presidential candidate would not be drawn in when the ADM contacted him to comment on his impending titanic battle with Dr. Amu for the seat. He told ADM curtly: “I am not ready for any interview.”

The MP for Akyem Oda, Former Finance Minister, Mr. Osarfo Maafo, who is not seeking re-election told ADM that “in our party we believe in competition, so whether new faces or old faces, they are all part of the NPP family”.

Major primaries at Ayawaso West Wuogon, Okai Koi North in Accra, Yendi, Kwessimitsim and the “World Bank” of Ashanti Region and the Central Region, which tilted massively to the NPP in Election 2004 would give an indication as to how the party would fare in a general election.

Could the rejection of some of these known faces and high profile government appointees at these primaries be a pointer to December? These are developments the ruling party cannot ignore.