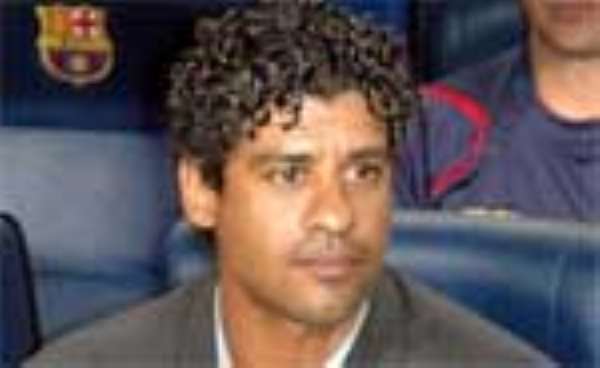 FRANK Rijkaard insisted he would not quit as Barcelona coach following his side's 1-0 defeat by Manchester United in the Champions League semi-finals.
Rijkaard, linked with a summer move to Chelsea, said the thought of quitting "has not entered my head".

“I have no intention of leaving," he added. "It would be different if the players were saying it is time for me to go but that is not the case."

Barcelona will end the season without a trophy for the second successive year. Despite dominating possession for large spells of Tuesday's match, Barcelona could find no way through to cancel out Paul Scholes' 14th minute goal.

Barcelona paid the price for a lack of cutting edge as United repelled wave after wave of attacks. Rijkaard conceded United had defended well but was also critical of what he felt was its negative tactics.

"The type of football they play is only in the Premier League. They defend as though their lives depend on it. And they are very successful.

"But I do feel English teams have a lot more to give. I just feel it is a great pity it is not the most beautiful kind of football to watch."