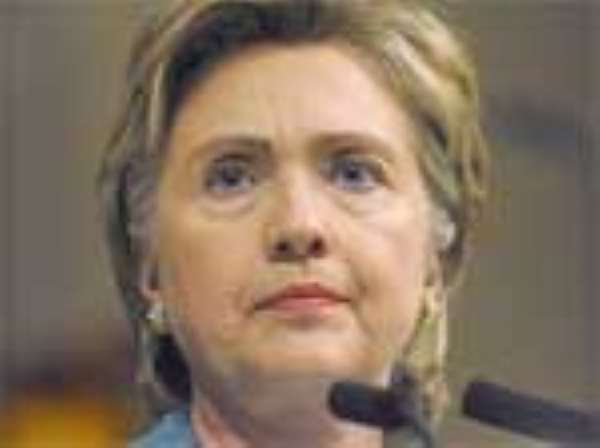 Tehran has complained to the UN about remarks made last week by Hillary Clinton on the circumstances under which the US might attack Iran.
The Democratic presidential hopeful said last week the US could "totally obliterate" Iran if it attacked Israel.

Tehran, which insists its nuclear programme is solely for power generation, denounced her words as "provocative and irresponsible".
It said the remarks were "a flagrant violation" of the UN Charter.

In a letter to UN Secretary General Ban Ki-Moon, Mehdi Danesh-Yazdi, Iran's deputy ambassador to the UN, said Mrs Clinton had "unwarrantedly and under erroneous and false pretexts threatened to use force against the Islamic Republic of Iran".

The New York senator had made the remarks in a televised interview last week.
Asked how she would respond if Iran launched a nuclear attack on Israel, she replied with a stark warning.

"If I'm the president, we will attack Iran... we would be able to totally obliterate them," she told TV network ABC.

"That's a terrible thing to say, but those people who run Iran need to understand that, because that perhaps will deter them from doing something that would be reckless, foolish and tragic."

The US fears Iran is trying to acquire nuclear weapons, and could use them against Israel.

Iran insists its nuclear programme is solely for power generation.