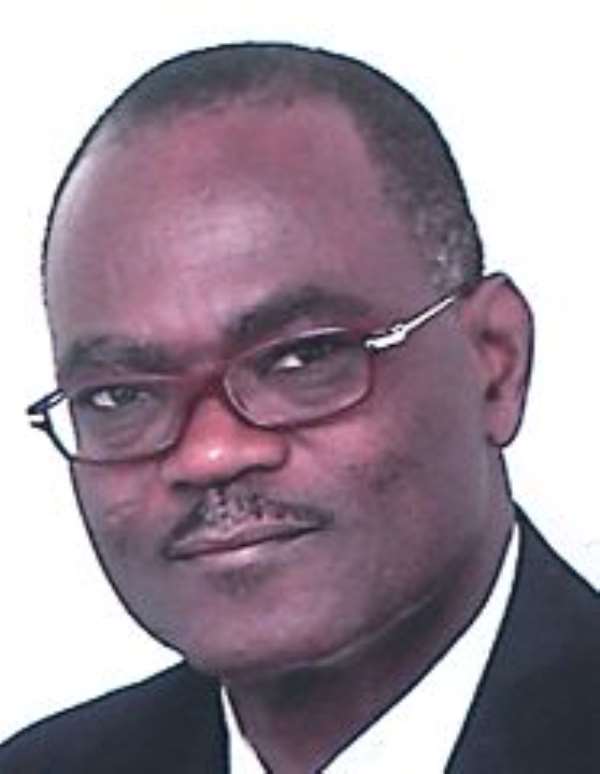 A Ghanaian entrepreneur, Dr Kofi Amoah, has asked Ghanaians to put presidential candidates to task by asking them questions on real issues.

He said having survived four successful elections since 1992, Ghana was now well placed to engage in mature and issue-based politics.

Dr Amoah, who chaired Ghana's successful hosting of the 26th Africa Cup of Nations, urged the electorate to question presidential candidates on how they intend to manage and solve the problems of Ghanaians.


Dr Amoah was sharing his thoughts with the Daily Graphic about Ghana's potential to emerge as the bread basket of West Africa and the economic and political success of sub-Saharan Africa.


He decried the apparent lack of linkages between industry and academic curriculum, and explained that the industrial successes achieved by the East Asian countries were occasioned in large measure by a powerful and educated workforce that was produced for the market to develop and implement useful programmes in the financial, manufacturing and agricultural sectors.


The success with these micro efforts resulted in an economic explosion that is now commonly referred to as the East Asian Miracle.


Dr Amoah called for a conscious effort from the university dons to engage the captains of industry and together determine the relevant human resource requirement that would set Ghana's industrial evolution in motion.


While he welcomed the emergence of many private tertiary institutions, he expressed the hope that the standards would not be compromised, and encouraged the National Council for Tertiary Education and the National Accreditation Board to keep up the good work.


He said creating jobs for the youth should be the most fundamental question for every candidate in this election.


Dr Amoah cautioned that the freedoms and democratic credentials achieved so far could be threatened if the country was unable to put the youthful population to work.


While expressing satisfaction that the Aveyime rice project was finally underway, Dr Amoah taxed the Ministry of Food and Agriculture to ensure that within the next three years, 50 per cent of the local rice market was taken by domestic production.

He said every serious economy in the world produced at least 80 per cent of their staple foods and Ghana should head in that direction and succeed with rice production.


According to him, the government had a responsibility to contribute financial and natural resources especially land to facilitate production of rice and other staples.


Dr Amoah welcomed the participation of foreign expertise in food production but cautioned that their involvement should be limited to contributing their experience and expertise.


Dr Amoah said the $700 million a year budget for the importation of medication against malaria inhibited the country's ability to invest in its future.


He argued that the country could save a lot of money for future investment if “we can use $50 million a year to desilt our gutters and keep our environments clean and tidy”.


With such a plan, Dr Amoah believed that the country could reduce the investment on medication by 70 per cent between three and five years.