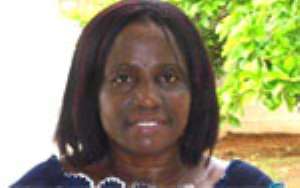 “In spite of the fierce contest, I am confident of winning the primary hands down to contest the December parliamentary poll on the ticket of the ruling party,” she said.

The Kwadaso MP said she would not only win the NPP primary but also work hard to retain the seat for the party on December 7.

Hon. Addo, who recorded over 60,000 votes in the 2004 parliamentary election, stated that with her good track record backed by hard work, she hoped to increase the vote margin significantly this time around.

The MP, who beat six strong contenders to clinch victory in the 2004 primary, is currently being challenged by two male contestants for the party's single parliamentary slot in the constituency.

Speaking to DAILY GUIDE, Hon Addo observed that until such a time that God will denounce her, she would continue to be victorious in any competition she would enter.

“For as long as God continues to be on my side, victory will never elude me in any competition I will participate in.”

She noted that though there were elements of rabble-rousers in the constituency who were bent on destroying her through baseless allegations, she was least perturbed.

“I'm least perturbed about the series of allegations flying around which seek to discredit me; and because is God on my side, the intentions of the wicked will not stick,” she stressed.

Recently, four Assembly Members in the constituency held a press conference and leveled series of allegations against the MP.

Speaking through their spokesperson, Kwame Kwakye, the Assembly Members accused the MP of seizing 50 sewing machines donated to the constituency by the Ministry of Women and Children's Affairs.

They also accused her of lying that 700 school children had been awarded scholarships from her common fund, claiming that the MP had hijacked the Masloc facility in Kwadaso and was allocating the funds to her favourites.

They again accused the MP of extreme arrogance and a show of wanton disrespect to constituents including chiefs and opinion leaders.

But in a sharp rebuttal, the MP denied ever seizing the sewing machines.

“The sewing machines they are talking about number 25 but not 50. It is not true that it was a donation from the Ministry of Women and Children's Affairs,” she explained.

According to her, she used her personal funds to purchase the machines to give to girls in the constituency interested in learning sewing as a trade, and that about 20 women had so far benefited from the initiative.

Hon Addo as well denied all other allegations against her, describing them as baseless and unfounded.

The MP accused her contenders in the primary of being behind the peddling of those lies against her, and advised them to seek the right information before embarrassing themselves in public.