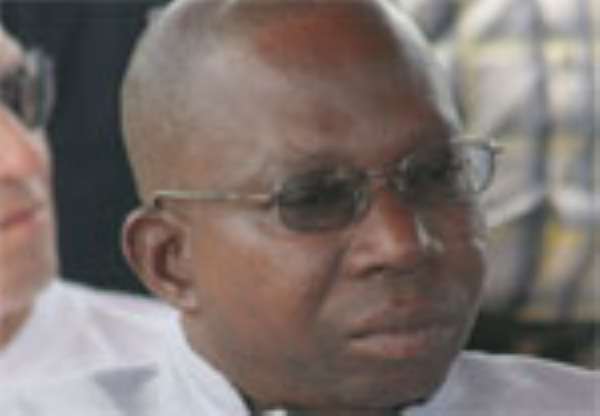 Confusion nearly marred the National Democratic Congress (NDC) primary held in Ashaiman on Saturday, as two delegates were prevented from voting because they were not elected to take part in the proceedings.

A faction loyal to one of the candidates vowed never to allow the elections to continue if their delegates were not allowed to vote, thus creating tension.

It took security personnel at the venue almost an hour to bring the situation under control.

In the midst of the confusion, party executives present went into consultations with the aggrieved faction together with the three parliamentary candidates, namely Alfred Kwame Agbesi, incumbent MP, Ibrahim Baidoo and Tony Afenyo.

Sanity prevailed after the candidates and the aggrieved faction finally agreed to allow all those whose names were on the list to cast their votes to avoid chaos.

Voting then resumed under tight security in a tensed atmosphere and Mr Agbesi, a lawyer, retained his seat with 96 votes to beat Mr Baidoo, a 37-year-old businessman and Mr Afenyo, 38, Educationist, who polled 27 and 19 votes respectively.

One hundred and forty-two out of the total 146 delegates were present to cast their votes, while four were absent.

Information gathered indicated that Ibrahim Issah and Saviour Atsu, members of the Nii Man Electoral Area, were not elected at their meeting as delegates to enable them vote at the primary, but their names managed to appear on the list of the 146 delegates.

In his acceptance speech, Mr Agbesi expressed his gratitude to the party faithful for the confidence reposed in him, and promised to continue working hard to accelerate development in the constituency.

Alhaji Yahaya urged members to rally behind the MP and intensify their campaign to win more members into their fold to retain the seat for the NDC. GNA