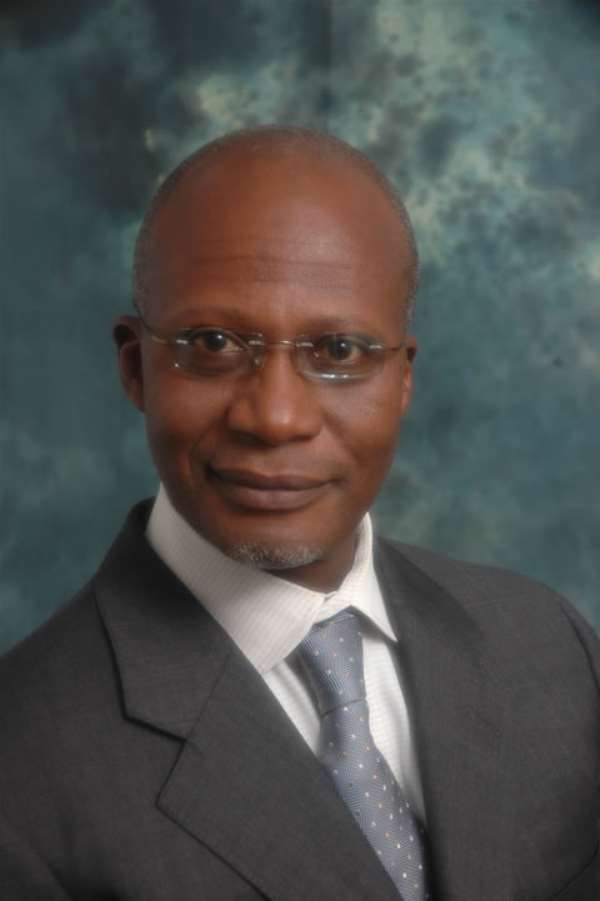 As an insider of independent presidential candidate Kwesi Amoafo-Yeboah's campaign team it has become very necessary to put out some of the arduous challenges such a lonely path entails. We knew from the onset that it really was not going to be a smooth path but to the extent where governance institutions and other democratic bodies consider such a bold step as a useless one indicate how dogmatic our democratic path has been shaped.

Since Kwesi Amoafo-Yeboah declared his intention to contest the 2008 general elections as an independent presidential candidate in November 2007, it has been a rough road filled with potholes of cynicism and doubts not from only individuals but from governance bodies.

Many are those who believed and still believe that this man is just out there to have some sort of publicity via the electronic and the print media. For those who really know Kwesi's background, they laugh such perception off because they know he does not need publicity to survive or strike business deals.

After all how many people knew he was responsible for the successful introduction of the Western Union Money Transfer Service to Ghana, Nigeria, Kenya, Uganda, Ethiopia, Eritrea and Zambia? It is worthy to repeat that those who know Kwesi Amoafo-Yeboah know he does not need publicity to survive as a business person.

Kwesi Amoafo-Yeboah did not just get up to announce his intention to contest the 2008 elections as independent presidential candidate without due considerations. He hired some of us to do all the necessary enquiries with respect to requirement for one to occupy that high office. This and other investigations were duly done and appropriate agencies and commissions consulted to cross-check Kwesi's qualification for the position he is seeking.

The campaign team quickly consulted Electoral Commission to seek for relevant information regarding the presidency and EC was very opened and helpful in providing all needed information. One basic thing that I think all of us Ghanaians need to know at this moment is that in the eyes of the EC, nobody could be considered as a presidential candidate as at now with respect to the 2008 general elections.

The Commission brought to our notice that until nominations are opened in the course of the year to all persons wishing to contest the 2008 Presidential Elections, no persons either representing a political party or acting independently are accorded any privileges as a presidential candidate.

A person becomes a Presidential candidate only after he/she has gone through the process of filing the necessary papers with the commission.

Based on the above, it is just prudent and fair that any platform provided by any agency for presidential candidate should not exclude the independent candidate. A whole state media like the Ghana Broadcasting Corporation has decided it is not going to provide the independent candidate Kwesi Amoafo-Yeboah equal platform with respect to broadcasting his message until he had registered with the EC. This came up when GBC's Political Broadcast Monitoring and Complaints Committee met the representatives of political groupings.

At a presidential forum organized by the Private Enterprise Foundation (PEF), the organizers found it appropriate to provide Kwesi the opportunity of sharing his vision for the business sector. Flagbearers of CPP, PNC, DFP, and a representative from the NPP were all there. A very fair opportunity to share ideas and challenge the main line political system we are used to.

Institute of Economic Affairs (IEA) have also drawn up a presidential debate forum but obviously ignored the independent. Though it is obvious that IEA is one of the institutions that do not believe an independent candidate can win yet in Ghana, it is just fair to provide a platform so far as sharing of ideas that will move the nation forward is concerned.

The excuse that until the independent candidate has registered with the EC before consideration for the debate is a very sad one and begs for further explanation. Has any of the mentioned candidates for the IEA debates registered with the EC? Or is it just a system designed to do away with the independent idea because some people do not believe in it? How sure are we that all those flagbearers will definitely appear on the ballot paper?

Sixteen years ago, a group of eminent Ghanaians gathered to formulate a document that would launch us into our quest for democracy in our fourth republic. The constitution which was formulated guarantees us all freedom of speech and expression. The framers of the constitution saw wisdom in creating an avenue for independent political expression through the independent candidacy provision. They realized that at some point, there will be others who may have different and fresh ideas or who may not share the ideals of established political parties. In those instances, such citizens would have a means of self expression and national political contribution as independent candidates. This would also ensure that there is infusion of fresh and opposing ideas into our political discussions.

Yet, there are some in our society, public and private, who would rather see this provision in the constitution go away. There are those who are convinced that an Independent can never be successful and proceed to put impediments and road blocks in the way to make it difficult. There are those who would rather not see any public forum where independents and party flagbearers, together, exchange ideas and debate issues of national concern.

And, there are those special interest groups who see the concept of an independent candidate as challenging the power base of established politicos and career politicians. They would rather not have this provision at all, and if we, as a nation, allow the special interests to have their way we will continue to have the same old recycled politicians and political ideologies vying for leadership all the time and dictating our destiny.

We can allow these views to prevail if we want to. We can expend our energies in this election trying to exclude, what some have even labeled as “no-hope” independents; we can speculate that the electorate is not sophisticated enough to vote any other way than along party lines or that an independent does not stand a chance even if he or she has the greatest ideas for advancing our nation.

IEA and other governance institution can do any or all of these exclusionary things, to try to protect the status quo, but in the end the only thing we, as a nation, will get is status quo politics…useless divisive and partisan politics devoid of useful and innovative ideas and proper discussion of the issues facing our nation. We will see absolutely no change because “the value will certainly be the same”. And, four years from now we as a nation will still be complaining about the same things we have always complained about…deteriorating schools, inadequate healthcare, high unemployment, corruption and the myriad other concerns that remain unsolvable year after year after year.

It is very cogent to re-emphasize Kwesi's decision to go solo in the face of this deliberate mechanism to downplay the whole idea.

His decision is based on the conviction that our past leadership under the organized political party system has failed to deliver on promises to the people. This is largely due to the following:

1. There is too much polarization in our political system. As a result, there is no continuity in plans and projects from one administration to another. Also the opposition tends to sit on side lines on critical issues waiting for the ruling party to fail so they can exploit the failure for political gain.

2. The political parties spend too much time playing the blame game. They are always pointing fingers at each other and blaming each other for problems in our society and our economy instead of concentrating on solutions to the problems.

3. There is too much party cronyism in government. Contracts are awarded along party lines so that contractors can make contributions to parties. If you are not a ruling party member, you have to wait until your party is in power.

4. The continuing quest for survivability, succession and retention of power causes governments to shy away from taking the tough and unpopular decisions that are needed to propel the nation.

At this point in growth of young democracy, it is the belief of Kwesi Amoafo-Yeboah that we need neutrality at the top to help harness the power of our collective brain power to concentrate it on solving the crucial problems facing our nation. This admittedly is something only an independent president can do.

As an independent with no party affiliation, he will be free to select from the very best talent available from all sides of political divide to form a competent non-partisan government that will drive the interest of all GHANAIANS at the same time instead of just the interest of a few party members.