Entry of Ivorian diamonds into Ghana - Security to be tightened 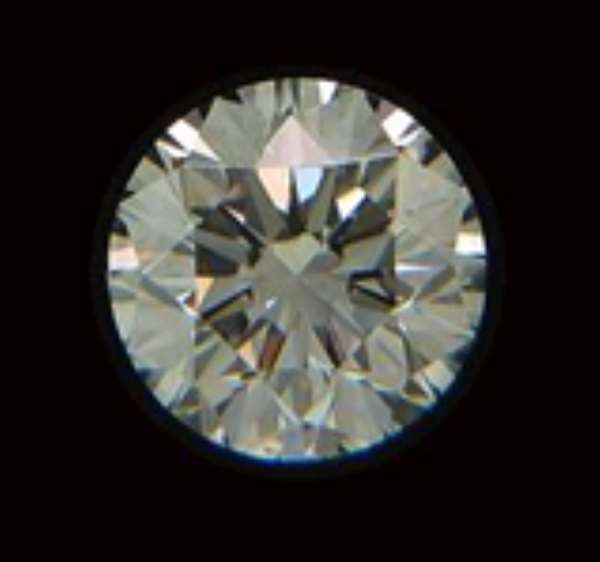 He explained that diamonds from Cote d'Ivoire were not accepted by the Kimberley Process Certification Scheme, an international certification scheme governing rough diamonds exports, imports and trading to ensure elimination of “conflict diamonds” from rebels entering the international market.

The international market believes that diamonds sold from conflict areas are a source of funding for rebels.

Mr. Asante explained to the GNA that Ghana started the sensitization programme following a report by the United Nations panel of experts who accused the country of allowing its territory to be used as a conduit for rough diamonds from rebels in Cote d'Ivoire.

He said Ghana was at the verge of being expelled from the group of certified diamond exporters because of its proximity to Cote d'Ivoire.

Mr. Asante said a joint task force comprising Customs and Immigration officers, miners and other security agencies was therefore set up to sensitize them on the need to prevent diamonds from Cote d'Ivoire from entering the Ghanaian market.

Officials from the PMMC together with Ms. Rita Tani Iddi, Deputy Minister in-charge of Mines at the Ministry of Lands, Forestry and Mines started a sensitization programme last year to remind the task force of the need to prevent conflicts diamonds from entering Ghana.

The sensitization programme which took place in Elubo (Western Region), Sampa (Brong Ahafo) and Bole (Northern Region) is part of administrative measures to remove weaknesses to strengthen the internal controls at the borders.

Ms Iddi, who is also the chairman of the taskforce told members that their scrutiny of travellers, vigilance and contributions were needed for Ghana to move forward and enable the country to get to the point where she would be allowed to export rough diamonds under no conditions.

“This will go a long way to ensure the sustainability of the industry and reduce unemployment in diamond mining areas consequently alleviating poverty and improving the socio-economic status of citizens in the locality.”

She said experts from the World Diamond Council who examined all diamond purchases at PMMC from miners between December 2007 and February 2007 found no conflict diamonds from Cote d'Ivoire and thus praised Ghana for the good work done.

Ms Iddi indicated that the Minerals Commission had commenced the registration of unregistered diamond miners in the Lower Birim area in compliance with the Kimberly Process Certification schedule.

She said the sensitization programme had been a great success.