Our Victory Was No Fluke- Bashiru 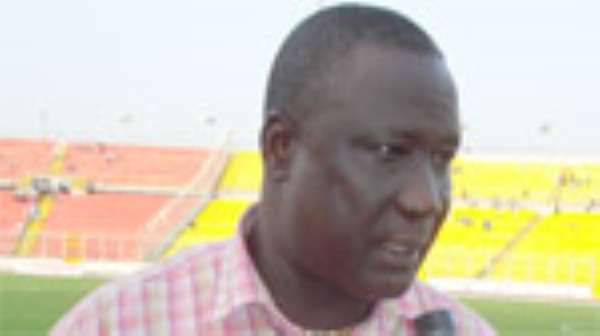 Head coach of league leaders Kumasi Asante Kotoko, Bashiru Hayford has stated that his team will crush any club that comes its way.

According to the coach, the form of his boys this season had ensured that they were etched firmly at the top of the league and that they were on course to winning a treble.

The Kotoko coach's comments came in the wake of the team's victory over Ashgold in the Henry Plange Nyemitei Sports Writers Association of Ghana (SWAG) Cup last Sunday.

Speaking to DAILY GUIDE SPORTS in Kumasi just after the game, Bashiru Hayford said his team's victory over Ashgold was no fluke because his team was well-prepared.

“This encounter came to us in time because we have in hand the Confederation Cup matches to prepare for against a team from Nigeria again after eliminating Wikki Tourist F/C.”

The coach said the club had two more major assignments- the national league and the African Confederations Cup.

He refuted claims that Kotoko had always found it difficult to restart the Premiership after a break and added that “when my boys conceded the first goal during the game, I was very sure it was a challenge for them to react and it happened before the recess.

“Football is a game in which opponents capitalize on mistakes. I was not worried at all when we were down by one goal to nil. The boys waited for the chances and utilized them to make the difference”, he stressed.

Coach Bashiru disclosed that Osei Kufuor had it tough during the game because players of Ashgold, his former club, knew his goal-scoring prowess, and always brought him down anytime the ball got to him.

“I, and the management of the club are working towards the target to reach money zone in the Confederation Cup competition,” Bashiru narrated.

It would be recalled that Kotoko registered their 14th victory in the history of SWAG H.P. Nyemitei Cup last Sunday when the Porcupine Warriors beat their rivals 2-1 to win the trophy at stake in front of over 15, 000 spectators at the Baba Yara Stadium in Kumasi under the supervision of referee Albert Agbovi who was criticized by most fans due to the inconsistency in his decisions during the game.