MPs Urge Ex-Prez's Daughter To Come Out Of Hiding 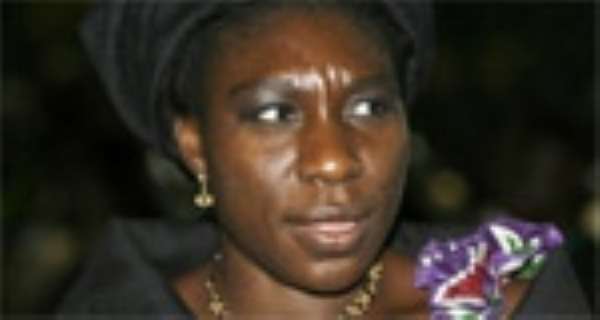 Nigerian deputies have urged the daughter of former president Olusegun Obasanjo, who is wanted by the EFFC anti-graft agency to come out of hiding and face her trial.

He said the continued disappearance of the senator was giving lawmakers a bad name.

"It creates the impression that we don't obey the laws made by ourselves. The law establishing the EFCC was made by the National Assembly and therefore the lawmakers ought to show the example of appearing before the agency anytime they are invited," he said.

Ubani said Obasanjo-Bello, who has neither been seen in her residence nor in the Senate since Tuesday, when the EFCC said it was looking for her, should clear herself of the allegation of graft.

"The invitation extended to her by EFCC does not mean she is guilty in any way. Let her go and clear her name and by extension the name of the National Assembly," he added.

The call by the deputies came as senators also expressed similar concern about their colleague's whereabouts.

"We are worried about the disappearance of Senator Iyabo Obasanjo-Bello. We have asked the chief whip to look for her and report to the house by Tuesday," a senator who asked not to be named told AFP Friday.

The search for Obasanjo-Bello followed her refusal to comply with two summonses to appear in court in relation to a 300 million naira (1.6 million euro, 2.55 million dollar) health ministry scam.

As head of the Senate committee on health, she was last week charged in her absence by an Abuja court with having retained the proceeds of crime while her father was in office from 1999-2007.