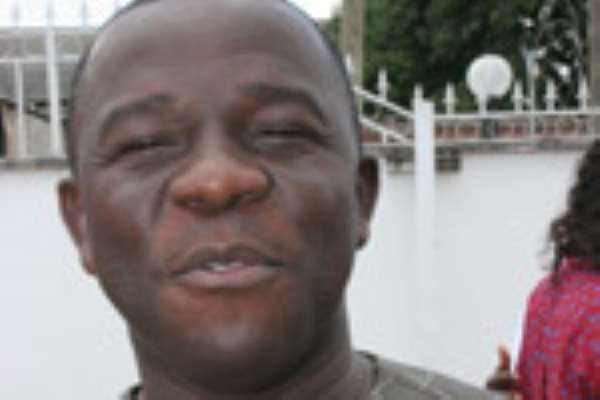 THE VETTING of the 65 parliamentary aspirants of the ruling New Patriotic Party (NPP) in the Eastern Region on Sunday and Monday generated a lot of excitement, suspense, as well as tension, name-calling and wild accusations.

Five of the six people who filed their nominations to contest the Abuakwa South seat successfully sailed through the vetting process but the postponement of the vetting for the sixth person, who came with his large group of supporters, nearly marred the beauty of the vetting process as the supporters, despite the presence of policemen, openly hurled abuses at the regional executive members of the party for 'sidelining' their candidate.

Lawyer Atta Kyea who came to the Oyinka Hotel where the vetting was taking place in a 'presidential' convoy, as well as Lawyer Kwame Acheampong Boateng, Nana Fredua Ofori-Atta, Fiifi Ofori Atta and Ms Gloria Ofori Boadu were successfully vetted but the Municipal Chief Executive for East Akim, Emmanuel Victor Asihene was not invited at all for the vetting even though he had paid his nomination and registration fees at the vetting.

With his supporters chanting 'war' songs, Mr Asihene stormed the vetting room to demand why he was excluded from the process.

According to the MCE, who spoke to the media after his encounter with members of the vetting committee which included the national organiser, Lord Commey, national women's organiser, Rita Asobayire, the first national vice chairperson, Madam Agnes Okudzeto as well as regional executive members of the party, he was informed that his name was not on the list of the Abuakwa South aspirants.

He told the press that he wrote a petition to Yaw Gyekye Amoabeng, the regional chairman, that the constituency executives were frustrating him from picking a form from the office, so he should give him the go ahead to pick his forms from the regional office.

"I picked my form from the regional chairman, filled it and paid the nomination fees to him five clear days before the close of nominations on March 31."

He said he was surprised that the regional chairman did not tell the panel that he collected his nomination forms for him.

"I was very much embarrassed by the committee's action and I demanded to know why the regional chairman should treat me that way."

He indicated that he would pursue the matter till he is vetted, because according to him, he followed all the necessary procedures because there is a clause which allows an aspirant to file nominations at the regional headquarters of the party if compelling reasons are given that that aspirant is being frustrated by the constituency executive members.

"I believe if God has a big promise for you, sometimes these things happen and I know I am going to win the primaries hands down and go ahead to retain the seat for the NPP," he stressed.

The regional chairman in a reaction told DAILY GUIDE that the MCE was not vetted because his forms had been referred to the National Executive Committee (NEC) of the party because of the process he used and that the NEC would definitely call him to sort things out with him.

"It is the party's NEC which eventually decides who qualifies to go for the primaries so his case would be dealt with," he said.

In the case of New Juaben North, where Hon Hackman Owusu-Agyemang is still contesting, one of the aspirants, Dr Samuel Yaw Annor was thrown out pending further inquisitions.

Annor who is the regional treasurer of the party is said to be still at post even though he had filed to contest the New Juaben North seat.

A fuming Dr Annor stormed out of the vetting room, casting insinuations at the committee members. Tension also raged on between supporters of the incumbent MP for Akuapem South, Magnus Opare-Asamoah and his main challenger, O.B. Amoah, a deputy Minister of Education, Science and Sports.

Mr Amoah's supporters continually livened up the place with some 'crazy' jama songs.

There was also some sort of tension between supporters of Hon Yaw Barimah, incumbent MP for New Juabeng South and his main challenger, Madam Beatrice Boateng, popularly called BB, who were the last to be vetted.

Hon Barimah had a problem as a group of NPP members who were sympathisers of Madam Boateng had threatened to demonstrate against him if he decides to contest again.

The demonstration was however foiled by the Regional Minister, Kwadwo Affram-Asiedu. However, a very young businessman, Michael Oteng Adu who is one of the four people contesting on the NPP's ticket in New Juaben South has promised to cause an upset at the primaries.

Primaries in the remaining 22 constituencies would be hotly contested, especially in Abuakwa South and Akim Oda where six people each are contesting.

Mpraeso, where five people including the regional minister are vying for the seat would be another hot spot, as well as Nkawkaw, where three people would be contesting.

DAILY GUIDE has learnt that the primaries for the region might commence by the end of this month or early next month.