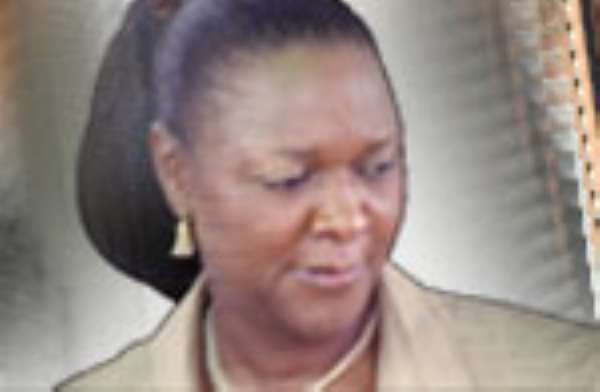 According to the judge it was up to the applicants, the eight workers and ICU, to prove that the respondents had indeed deliberately treated the court with disdain but they failed to do so.

The trial judge said the workers claimed that while the substantive matter over the withholding of their salaries was pending, the respondents dismissed them and subsequently prevented them from entering their offices to work but evidence available to the court proved otherwise.

The judge indicated that they had been paid their salaries in January and February this year and wondered how they could have filed an application for the court to restrain them if they indeed believed they had been sacked, and subsequently dismissed the contempt case with no costs awarded.

It was the case of the plaintiffs that their boss and the HRM went ahead to dismiss them despite being aware that they had filed an interlocutory restraining the respondents from terminating their appointments and ordered that they should not be allowed to enter the company's premises.

Mrs. Mwanakatwe and her HRM looked indifferent but they both seemed relieved after the ruling on the contempt case was given.

Albert Adare and Charles Hayibor, counsels for the applicants and respondents respectively, were present.

Unlike other times in the course of hearing the contempt case when she and Mrs. Lokko would stay in the courtroom to ensure that the press had left before they leave, the Barclays Boss left the courtroom immediately after the ruling and chatted heartily with some of the Barclays staff who came to offer her moral support.

Moving the motion, counsel for the applicants, Mr. Albert Adare, told the court at the last hearing that the respondents, in spite of the fact that the matter was still in court, have decidedly treated the application which was the sacred process of the court with contempt by withholding the salaries of his clients.

He stated that they were aware the matter was in court and should not have done what they did, so they should be committed for contempt.

According to him even though the respondents claimed what they did was logical sequence of the status quo, their action of not allowing the applicants to enter their offices to work amounted to disregard for the court.

However, counsel for the respondents, Mr. Hayibor, strenuously denied the allegation that the employees of bank had been physically prevented from entering the bank premises to work.

Mr. Hayibor observed that since the matter was in court the applicants had not gone to work, therefore it was not true that they had been physically prevented by security personnel.

In addition, he said the respondents had conceded they had not worked after that time so the bank did not owe them.
Counsel was of the opinion that Mr. Adare should have proved beyond all reasonable doubts that his clients had indeed willfully disobeyed the court processes before coming out to say they should be cited for contempt of court.