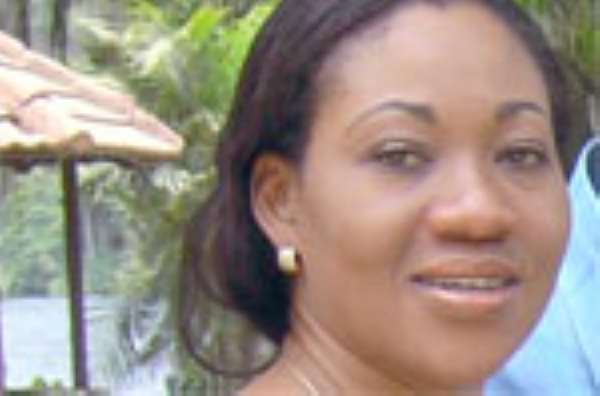 THE presidential candidates of the four main political parties for the December 7, 2008 general elections are to lock horns soon in what is seen as the first of the 2008 presidential debate series.

Information seeping into the media indicates that even though the date for the titanic clash is yet to be determined, the stage is set for the fine gentlemen aspiring to occupy the nation's highest seat to tell the man on the streets the kind of stuff they are made of.

The four, who have all confirmed their participation in writing to the Institute of Economic Affairs (IEA), organisers of the presidential debates, are expected to advance arguments and unveil their vision for the country, especially in relation to the looming global economic recession.

Such a debate, likely to be skewed towards scoring political points, would touch on the economy, health, education, good governance, and above all, the recently discovered crude oil in commercial quantities in Ghana.

A statement issued by IEA in Accra yesterday and signed by Mrs. Jean Mensa, the Administrator, noted that presidential debates are an effective way of involving the electorate in the political process of the country.

It is not clear what the candidates have up their sleeves, but observers believe that some sixteen percent of the Ghanaian electorate, who are not tied to the apron strings of any political party, would make informed choices based upon the performance of the candidates.

Known as the 'floating voters', they actually dictate who becomes president, especially when it comes to a presidential run-off.

Presidential debates, according to the IEA, provide a platform for the electorate to analyse the diverse plans that the various flagbearers have for the citizenry and enables them decide on the election day.

Answering questions on the intended debate later, Mrs. Mensa hinted that the candidates would be fired with questions taken from civil society groups across the country, including Trade Unions and National Association of Local Authorities in Ghana (NALAG).

On the form the debate would take, she said each candidate would be allowed to debate, criticize and offer alternatives on each particular issue.

This year's debate would be the third in the series in the Fourth Republic, and the second to be organized by the IEA.

The first one was held in 2000 under the auspices of Freedom Forum, a US-based media advocate group, and the Ghana Journalists Association (GJA).

Incidentally the last two debates were virtually snubbed by the candidates of the ruling parties.

For instance, Professor Mills, representing the ruling party - NDC - in 2000, chickened out in the first debate for reasons unclear to political observers. He, however, met a few journalists some weeks later, where he hosted a 'one-man debate'.

This year's is expected to be very titanic, in the sense that for once all the leading candidates have indicated their readiness to face the barrage of questions from the moderators.

The organizers are arranging for live television coverage, DAILY GUIDE has learnt.

All four of them are currently participating in a special seminar series on energy, at the Great Hall of the Kwame Nkrumah University of Science and Technology.

While Nana Akufo-Addo, an economist and legal luminary, is expected to dazzle viewers on Human Rights and Good Governance issues as well as moving the country to its next stage of development, for which his party is viewed as a pacesetter, Professor Mills and Dr. Nduom could show some skills on how to improve the economy, reduce taxes and create more jobs.

For his part, the PNC's Dr. Mahama, a medical doctor, could use the health sector as a no-go area for his contestants.

IEA, a public policy institute that is preoccupied with efforts to meaningfully contribute to the consolidation of multi-party democracy in Ghana, believes in the philosophy that “Those who seek to govern must allow themselves to be subjected to probing questions by the people, to ensure that they understand their concerns and have the capacity to address them”.

The IEA congratulated the newly elected presidential candidate of the Democratic Freedom Party (DFP), Emmanuel Ansah-Antwi, and promised that it would soon send a formal invitation to him to participate in the debates.