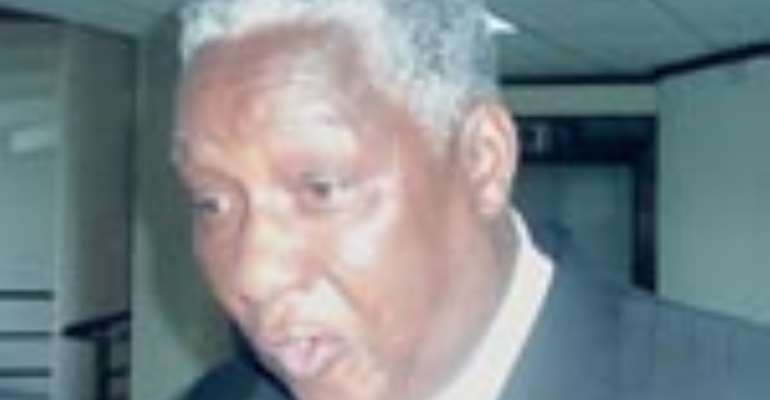 MOHAMMED HAMZA Tiferro, a National Democratic Congress (NDC) supporter and longtime acquaintance of the Member of Parliament (MP) for Ningo Prampram, Hon. E.T. Mensah, yesterday admitted that a cartoon of a person was different from an image.

Mr. Tiferro, self-employed, made this admission at an Accra Fast Track High Court where the parliamentarian had sued DAILY GUIDE, its popular cartoonist, Akosua and its Managing Editor, Gina Ama Blay, when he was being cross-examined by Godfred Yeboah-Dame, counsel for the newspaper.

He as well agreed with Mr. Dame, counsel for the defendants, that a cartoon was a drawing while a photograph was an image of a person.

The witness was however quick to say that his friend was neither a sheep nor had whiskers when defence lawyer asked him whether the plaintiff, Mr. Mensah, had the body of a sheep with whiskers on his face.

However, he maintained that the sheep had the face of the MP when Dame put it to him that the cartoon could not have been Mr. Mensah since neither his name nor a story was mentioned in the newspaper about him.

Even though he agreed with counsel for the defendants that a sheep symbolises humility and respect for a person of authority, he was of the opinion that it was an insult in Tamale where he came from, to depict someone as a sheep.

This was after Mr. Dame had suggested that even if it was his friend who had been depicted as a sheep it was to show his humility.

In addition, witness said the cartoon had not reduced his respect for the man whom he claimed would win elections today in his constituency if he sought another term as MP contrary to claims by the plaintiff that it had affected his image in the eyes of right thinking citizens.

The witness' answer was in response to a question from the defendants' counsel as to whether the image of his friend had been affected.

The witness, led by Kojo Bram-Larbi, counsel for plaintiff, told the court that he had known the MP since 1992 as “a very honourable, respectful and humble man who loves people”.

In addition, he claimed he knew Mrs. Gina Blay as the Chief Editor of DAILY GUIDE and Akosua, a cartoonist, who allegedly depicted his friend as a sheep.

The witness was given the August 30, 2005 edition of the paper which had on its front page a cartoon by Akosua, depicting a sheep with a human face and whiskers on the Ningo Prampram Bridge following the President with the words “Baa Baa Black Sheep Have You Any Wool” with the response “Yes Sir Master Three Bags Full” and asked if he had seen it before, and he replied in the affirmative, averring that he saw it on the morning of the said date.

Furthermore, he claimed the image in the cartoon was that of his friend as it had the tribal marks of his friend.

He said he felt very sad when he saw the cartoon so the first thing he did was to call the plaintiff and complain about the cartoon and also advised him to go through the paper well as he intended suing the paper.

According to the witness, when the parliamentarian finally told him that he had dragged Akosua to court for defamation he decided to lend him his support, saying that anytime he was called upon to be of help he would be glad to do so.