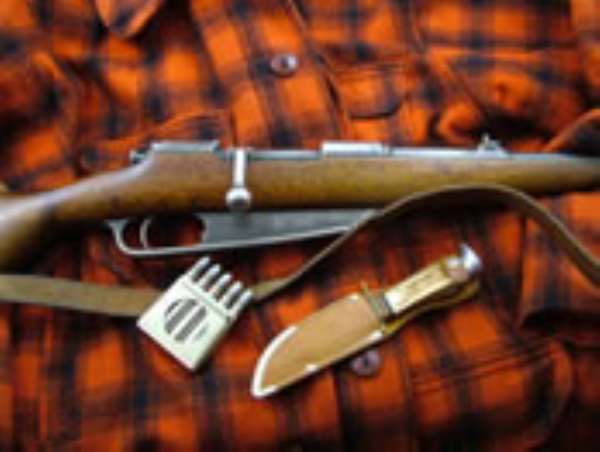 
Tension is mounting at Gushegu in the Karaga District of the Northern Region following a clash between the security agencies and some residents of the area.

The clash followed police swoop in the town to arrest the assembly member for Gushegu Fuseina Haruna who is accused of assaulting Nazo, a sympathiser of the NPP over a development project.

Joy News's Mahama Shaibu reported that one person identified only as Shaibu was hit by a gun shot fired by the police.

It is unclear what prompted the clash but is believed that the suspect together with some members of the community resisted arrest prompting the police to fire a warning shot.

Nazo, the New Patriotic Party Activist had defected from the NDC but it is not known whether the clash had to do with the defection.

The suspect told Joy News' Mahama Shaibu that he did not assault Nazo but added Nazo had been spreading false information about him regarding a decision to hire a bulldozer to dig a dam in the area.

According to him, Nazo had told residents of the community that he (Haruna) hired an old bulldozer after turning down a new one provided by the Karaga District Assembly.

The Northern Regional Police Command is yet to find out details about the incident but Mahama Shaibu of Joy News says tension remains high as the residents are not willing to let go their assembly member.

Akufo-Addo Has Turned Ghana Into 'Hell-Hole Instead Of Parad...
27 minutes ago