US still considers Mandela a terrorist 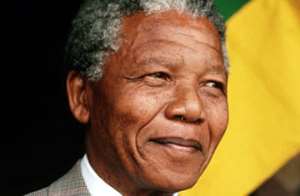 US Secretary of State Condoleezza Rice has asked for “embarrassing” travel restrictions on Nelson Mandela and South African leaders to be lifted.

A bill has been introduced in the US Congress to remove from databases any reference to South Africa's governing party and its leaders as terrorists.

At present a waiver is needed for any ANC leaders to enter the country.

“It is frankly a rather embarrassing matter that I still have to waive in my own counterparts - the foreign minister of South Africa, not to mention the great leader, Nelson Mandela,” Ms Rice told lawmakers in Washington.

Last week, Howard Berman, chairman of the House Committee on Foreign Affairs, who introduced the bill said it was “shameful” that the United States still treated the ANC this way.

“Amazingly, Nelson Mandela still needs to get a special waiver to enter the United States based on his courageous leadership of the ANC.

What an indignity. This legislation will wipe it away,” he said.

South Africa's apartheid government banned the ANC in 1960, imprisoning or forcing into exile its leaders.

Mr Mandela, who turns 90 this year, was released in 1990 after spending 27 years in prison.

He then became the country's first post-apartheid-era president, before retiring after serving one term in office.

He appears to be in reasonable health, but now makes far fewer public appearances.

N/R: Over 300 suspected criminals arrested in military opera...
34 minutes ago