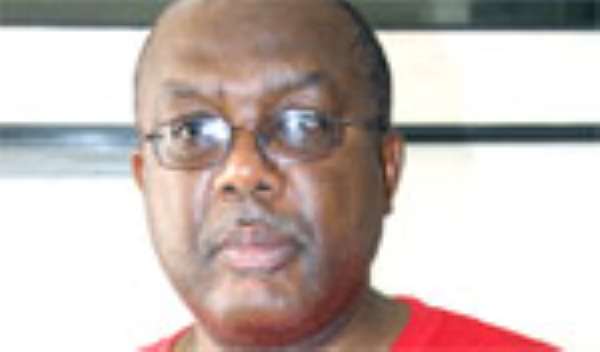 The choice of John Dramani Mahama as the running mate to Prof John Evans Atta Mills has claimed its first casualty, as Victor Smith, Special Aide to Jerry John Rawlings, has been fired.

In a text message sent to Victor Smith yesterday, the former President accused him of what he described as “obscene loyalty”.
Mr Rawlings therefore asked Victor to draft his own dismissal letter, and bring it for signing.

“Draft a press release relieving you from my office so that you can continue your political career, hopefully in the office of Prof Atta Mills,” Jerry said in the text message.

Kofi Adams, who works at the office of the former President, said Mr Rawlings, in the light of recent developments, doubted the loyalty of Victor Smith and therefore was left with no option but to let him to go.

This is a sequel to earlier reports disputed by the man whose role as the hatchet-man to the former President, had earned him a certain notoriety and popularity on either side of the country's political divide.

Even before Victor lost his job, there was word about a certain degree of frostiness in the relationship between him and the man he loved to defend to the hilt.

He was said to have earned the wrath of his boss over how he managed the just-concluded lengthy debacle of who partners the Prof.

Ironically, the political newspaper, Weekly Standard, of which Victor Smith is Managing Editor, splashed the cover page with the pictures of John Dramani Mahama and Prof J.E.A. Mills, with the inscription- The Winning Formula; Unbeatable!!!

Indeed even before the outcome of the NDC National Executive Committee (NEC) meeting, Victor Smith had predicted it in a story he authored under a pseudonym.

Among other things, he reported that John enjoyed the support of a vast majority of the party's foot-soldiers.

Apparently, his position on the subject had been at variance with that of the Rawlings, a difference thought to be the immediate cause of the marching orders issued to him.

In an earlier interview with this paper, he observed that the story that he had been sacked was not entirely true, a denial which gave an inkling of something amiss.

He added that two personalities, Mrs. Valerie Sackey and Mr. Fiifi Kwetey had been assigned media roles in the office of the former President but that had not altered his position.

Mr. Victor Smith, it would be recalled, was the source of the report that John Mahama had been penciled by Prof Mills as running mate.

He went on to spice the disclosure with a fresh revelation that the union had been blessed by the former First Couple, at a time Nana Konadu Agyeman Rawlings was seething with rage at that possibility.

Prof Mills did not help matters for Mr. Smith when he distanced himself from the disclosure, adding that he did not even discuss it with the former First Couple.