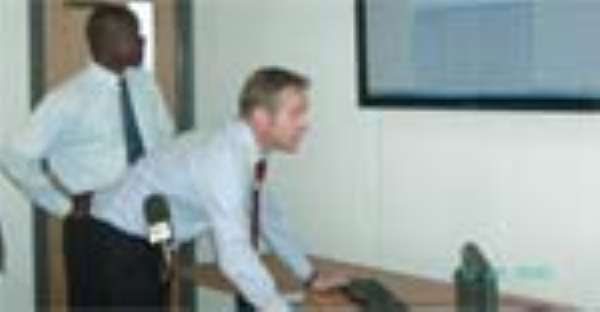 CITY& BUSINESS GUIDE has learnt that Ghana is the first ECOWAS country to launch the Inter-State Transit of Goods system, a convention which other members are expected to put in place.

It is an arrangement under which an electronic tracking system is used to allow for easier movement of goods across countries.

The arrangement has been made possible by the tireless efforts of Customs, Excise and Preventive Service (CEPS) management and staff of the Ghana Community Network Services Limited otherwise referred to as GCNet.

By the arrangement, an electronic satellite monitoring of goods is administered on transit goods as they are transported across Ghana to landlocked neighbouring countries.

Today in its tenth month, the implementers of the arrangement are smiling about what has turned out to be a success story of the satellite system in spite of the apprehensions in some quarters when the idea was mooted.

Before the advent of the system, such transit vehicles moved across Ghanaian territory under human escort, an arrangement fraught with a number of bottlenecks.

Indeed, records have it that the arrangement posed a lot of dangers to the escorts besides the inherent security challenges.

Mr. Jonathan Ofori, Deputy Operations Manager of GCNet told journalists that facilitating trade is the ultimate objective of the new deal which he explained uses a global positioning system to track the movement of vehicles along the approved route until the journeys are terminated.

The i-transit system as the new arrangement is called, deals with vehicles whose particulars are captured in a database and as these move along the approved routes their movements are monitored.

There are checkpoints along the approved routes and at these points CEPS officers examine the vehicles to verify whether or not they have been tampered with.

Should there be any tampering with the vehicles, he explained, the trucking companies would be held responsible for the anomaly.

Vehicles under the arrangement are fixed with an electronic gadget, the property of GCNet, which enables the monitors to track the movement of the vehicles.

The system is in conformity with the World Customs Organisation's framework of standards for facilitating trade and securing cargoes along the supply chain.

The advantages the new system has over the escort arrangement is that all trucks carrying goods do not have to move in convoys as in the old order.

Previously, the trucks could only leave when the escorts were ready, causing delays among other shortcomings.

Internet Protocol cameras are also installed at the various port transit yards and at entry/exit points to capture the sealing processes.

The images are then entered into the system to form part of the electronic consignment file.