Baldness, self-esteem and love: Are you heading into your twilight? 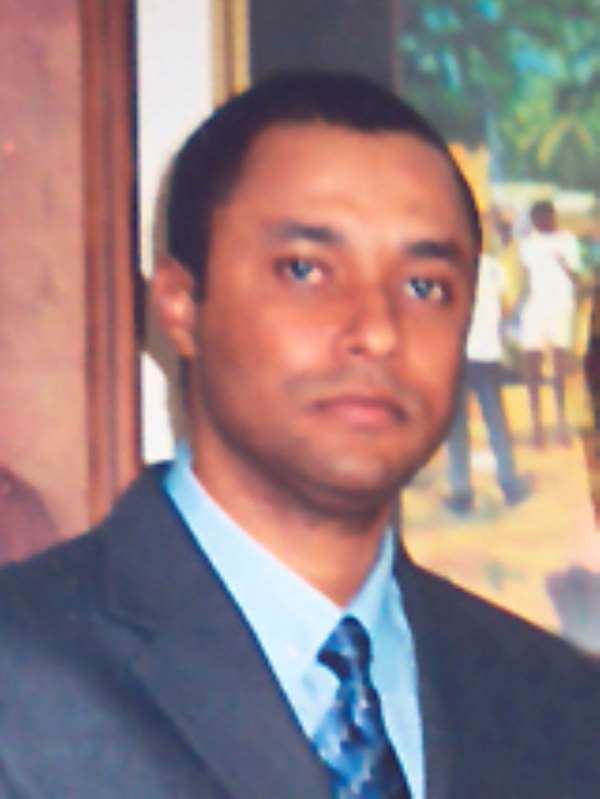 I wish to commence with this caveat: If one is in a tepid mood, then one should return to this article at a later time, as this piece is a trellis of truth, hilarity, geniality and the fear of growing old. This article targets no one, demeans no one, denigrates no one and stultifies no one. An augury of human frailty, predetermination and mundaneness, baldness can be terrifying to its sufferers, especially women, at the onset. Nonetheless, my focus is on male-pattern baldness, as hair loss is more prevalent in men than in their female counterparts.

Undeniably, a very dense pate can be an omphalos of good looks ― some consider a dense pate to be a prelapsarian blessing ― but other prefatory features are just as salient in defining beauty. Baldness may signify a slow progression into middle age, but should the lack of hair define a person's self-worth? From the uncanny jokes about why men lose their hair to the scientific facts buttressing hair loss, there is nothing pleasant about a receding hairline, unless one has mustered enough “courage” to flaunt it in its most uncomplicated form: a shimmering, generally smooth but occasionally razor-damaged, nick-covered pate that tells the rest of humanity that one has unwillingly gravitated toward the unavoidable acceptance of one's condition!

Concerning male-pattern baldness, heredity does not distinguish between the rich and the poor, the Caucasian and the Black man, so Dr. Watson's pseudo-scientific theories would not apply here! Some balding men have even gone as far as to gather together friends to celebrate a “send-off” for their ailing hair follicles, a tough but noble deed in a world that seems to be getting superficial everyday, even while a full head of hair continues to be a symbol of what male virility is all about.

So, what has love got to do with hair loss? Well, after having lived in the United States for well over a decade ― I am uncertain as to how contemporary Ghanaians regard baldness generally ― this genetic predisposition, it is believed, makes a man less appealing in the marketplace of love. The good news is that the male hair loss gene normally does not unleash its fury until a man is in his early twenties, at the least, by which time most lads already have “locked in” their future dames! No longer in search of partners, these balding men simply accept their fate, rather than subject themselves to the temporary, nauseating “solutions” out there! Of course, there are those men with a fully endowed scalp who tease their “brethren” by shearing their locks on occasion, only to grow them back at a later date. Just call them the beneficiaries of both worlds!

Surveys about male qualities that trump male-pattern baldness continue to reveal responses that range from the petty to the grandiose. A recent five-year study conducted among women between 18 and 65 years of age revealed a number of interesting responses. In order of greatest to least preferences, these women chose sense of humor (a quality that most Ghanaian men, by virtue of growing up in an androcentric society, lack); personality; acceptance of self; great eyes; wonderful self-esteem (this quality is also essentially absent in some Ghanaian men, which is why so many rejoinders to articles on pro-Ghanaian Internet portals are full of venom, vitriol and irascibility); economic power; and type of car, among a slew of responses. So, take heart, my bald and balding brothers, for all is not lost! One can find true love by becoming sensitive to, and respectful of, women, with or without a fully endowed pate!

So, let as assume one is bald. The question now is: Should one shave the head entirely? Personally, I am not sure a pate that looks like an archipelago has enough allure for the discerning damsel. Giving a “send-off” to all areas of the scalp, via a razor ― the type that has made Michael Jordan a very popular man ― depicts resilience and poise. Over all, one must not permit a not-so-dense scalp to be a determinant of bliss. Resorting to toupees and the avalanche of other temporary, ego-soothing “remedies” may be the last option for some, but do these alternatives really make people feel good about themselves?

Growing up, I was constantly reminded by a sagacious family member that love alone was not enough to feed a wife and progenies. So, bald men should note that their ability to provide for their significant others trumps any self-esteem lost via hair loss. Whether balding or bald, an iconoclast of baldness or a believer in a full head of hair, I have only one suggestion: do not permit what one cannot control to define one's future. Be happy; forge ahead; and treat others with respect, for every individual one meets is dealing with a difficulty or two.

Finally, refuse to accept that a receding hairline alone is tantamount to a transition into
one's twilight. After all, while one person's problem is a consanguineous hair loss, another person's outrage is racism, and yet another person's pain is a recent job loss. So, why fret because one's hair is receding faster than the water level in some decrepit dam? Simply ignore the inevitable, take on issues one can control, move on with life, and have a pleasant disposition at all times. Please allow me to conclude with a powerful proclamation a friend of mine regularly invokes as a providential and beneficent signature: Be kinder than necessary, for each person one meets is fighting some kind of battle. Live simply. Love generously. Care deeply. Speak kindly. Leave the rest to the Almighty.

Now, please share any hair loss anguish with the rest of us, or recount the experiences of friends and/or relatives who had to, at some point, say an agonizing goodbye to those once-famous dark follicles on top of their heads! Please do not hold back, for the anonymous enclaves of cyberspace have offered all of us the perfect opportunity to give a poignant, no-holds-barred confession!