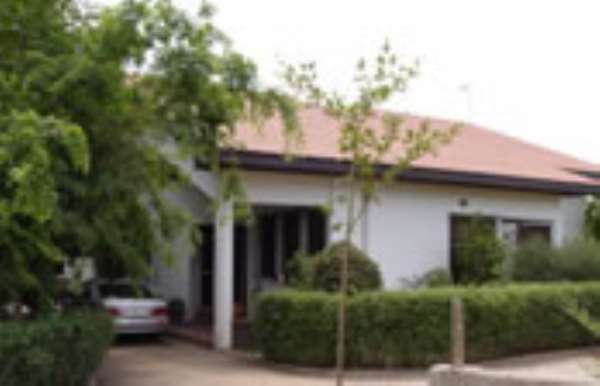 
The nation's inability to meet the housing needs of the citizens in the past has created a huge backlog, estimated to be in excess of 500,000 units.

While the housing supply requirement was about 150, 000 units per annum, available data indicated that less than 40 percent of this figure was achieved annually.

Mr Abubakar Saddique Boniface, Minister of Water Resource, Works and Housing on Tuesday said this at a sod cutting ceremony for the commencement of the construction of the Greater Accra Civil Servants Association Housing Project in Obosomase in the Eastern Region.

He said the project was in tandem with the government's policy of providing adequate, decent and affordable housing that was accessible and sustainable to satisfy the needs of Ghanaian workers.

The project, which is being financed by Home Finance Company (HFC) Bank and Ghana Homes Loan, would provide a mortgage loan facility worth GHc 25,000 to qualified civil servants, payable in 20 years.

Mr Boniface said the project was to create jobs and bring in the necessary infrastructure, which would transform the Obosomase township and its environs into a well-planned town.

He pledged the Ministry's support for the project and said it was committed to providing opportunities for people to own houses on affordable terms.

Mr Isaac Emmil Osei-Bonsu, Chairman of VANDT Developers Limited, the company undertaking the project, said the project was a clear manifestation of the prevailing economic climate.

He said this encouraged business ventures to be funded and operated in partnership with the government to meet government's objective of providing a better standard of living for Ghanaians.

Mr Osei-Bonsu said VANDT would provide financing and construct the houses while the Civil Servants' Association would provide buyers that had been pre-qualified for mortgages.

"The project includes the development of a housing estate on the 540 acres of land in Obosomase. We have sourced the necessary financing to make this dream a reality," he said.

Mr. Osei-Bonsu explained that the loan facility, payable in 20 years, was with an 11.8 percent interest and said it was far better than the current rate, which was about 20.8 percent

Mr Osei Bonsu assured the Civil Servants' Association of the company's commitment to the work and said: "We are resolved to partnering with the government in realizing its dream of the provision of affordable housing for all within the shortest possible time”.

Mr Robertson Akwei Allotey, National President of Civil Servants' Association said the project was estimated to house about 10,000 families and said he hoped the project would be replicated in other regions.

He said he was happy about the project and that it was a modest beginning for civil servants to own houses.