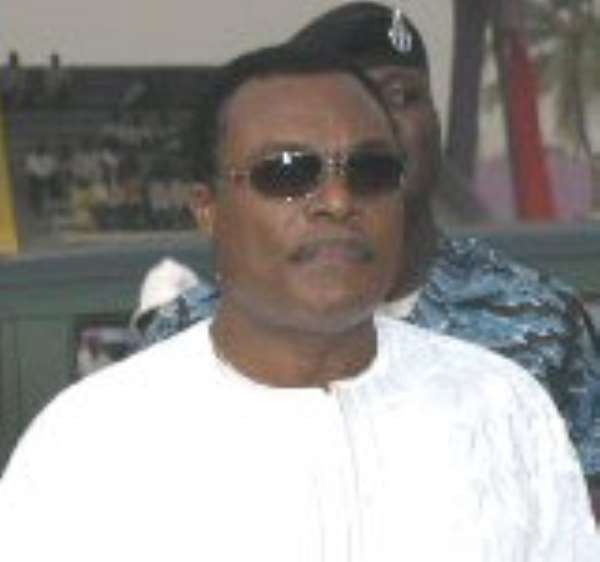 
World Health Day was observed yesterday with a reminder to Ghanaians to beware of the negative effects of environmental degradation on human survival.

Speaking to a cross-section of Ghanaians at the ceremony in Accra, which also marked the 60th anniversary of the founding of the World Health Organisation (WHO), Maj. Courage Quashigah (retd), Minister of Health, said the country's experience with flooding in some parts of the country was an indication of what Ghanaians could go through if the worse happened.

The theme for the occasion was “Protecting Health From Climate Change”.

Linking the environment to the health of the people, the Health Minister said: “Indeed there is the danger that the gains that we have made so far in health will all be erased if we start facing the full effects of climate change.”

He said last year some health infrastructure was destroyed in parts of the country, adding, “Imagine if we have to live through this every year.”

He pointed out that the Ghana Meteorological Department had predicted heavy rains with the possibility of flooding in parts of the country and advised the people to desist from activities that degraded the environment.

“The irony is that these are almost certainly our own making. It looks as if the human race is in a self destruct mode,” he stressed.

For his part, the WHO Representative in Ghana, Dr Joachim Soweka, said the celebration was the beginning of an international movement that would catalyse public participation to protect health from the adverse effects of climate change.

He noted that it would also bring public health to the centre of the United Nations (UN) agenda on climate change.

Dr Joachim Soweka stated that a recent study by the WHO estimated that climate change directly or indirectly contributed to about 160,000 deaths annually, adding, “Asia and the pacific regions of the world alone account for about half of the world's total deaths attributed to climate change.”

“We have now reached a critical stage in which global warming has already seriously impacted lives and health. This problem will pose an even greater threat to mankind in coming decades if we fail to act now,” he warned.

He reiterated that the theme was also a call for action to reach and involve a wider range of actors in the community that included the government, MDA's, and NGO's to take advantage of the energy and commitment of the people to enable every individual to become less vulnerable to climate change.

The Deputy Director-General of the Ghana Health Service (GHS), Dr George Amofah, said it was unfortunate that health personnel had little knowledge of issues concerning climate change because they had to spend their time solving healthcare delivery problems to the detriment of other issues.

He said it was refreshing that this year's theme related to climate change and health, and expressed the hope that it would offer the opportunity for health personnel to learn new things to enable them to play their part effectively when the need arose.

The Deputy Director of Environmental Protection Agency, Mr Daniel Amlalo, who was the chairman for the occasion, said climate change affected human health through a variety of mechanisms, noting that “it can adversely impact the availability of fresh water supplies, the efficiency of local sewage systems and the likelihood to affect food security”.

Mr Amlalo said the strategies to deal with the climate change on health needed inter-sectoral and cross-sectional adaptation measures and collaboration, stressing that “the health sector alone, or in limited collaboration with a few sectors, cannot deal with the necessary primary adaptation”.