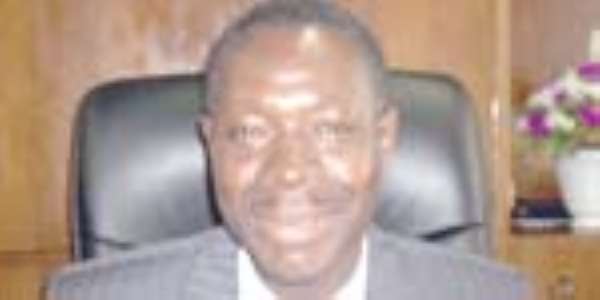 CHRISTIAN SOTTIE, the Controller and Accountant-General has taken a bold step by reaching out to workers and pensioners all over the country to explain to them the nitty-gritty of the new system being adopted by CAGD to enhance efficiency in the payroll system.

Mr. Sottie has been holding regular seminars with workers and pensioners in the various regions to explain to them some of the problems CAGD was having with the system and the way forward.

So far, his trip has taken him to the Eastern, Volta and Central Regions and it is expected that Western, Ashanti, Brong Ahafo, Northern, Upper East and West Regions would be visited soon to complete the cycle.

Mr. Sottie, in a meeting with some workers and pensioners, said he was there to learn at first-hand some of their problems since the problems in the regions were not homogenous and had to be dealt with individually.

Some of the issues raised were with the Integrated Personnel and Payroll Database (IPPD1) system, tax on arrears, promotional arrears, deductions in paltry pays, medical dues mistakenly deducted and issues with the National Association of Graduate Teachers (NAGRAT).

According to Mr. Sottie, the system CAGD was using for the processing and payment of salaries of public servants was called the IPPD system which was introduced in June 1995.

“A post implementation review in 1997 revealed that the system had several problems in relation to payroll delivery. A decision was taken in 1998 to replace the IPPD1 system because the software was no longer supported by the company that produced it, SIGAGIP; and the company itself was out of business,” he explained.

It was therefore imperative to introduce another software called IPPD2 which was said to run on Oracle Application Software which is a modern and highly-acclaimed software for payroll delivery.

Sadly, “the implementation of the IPPD2 started in 1992 and stopped in 2001 due to lack of funds.

“It resumed in 2005 as one of the many reforms being undertaken by the government to improve upon the Public Finance Management in Ghana.”

He noted that the Oracle Software was not only modern and current, but also superior in terms of its ability to handle large volumes of data that could be converted into spreadsheets (excel) for detailed analysis. It could also facilitate generation of various reports.

“Unfortunately, CAGD could not get enough time to re-configure the system, up-load and up-date the database before the IPPD2 system. This is because just after the data loading in September 2006, the IPPD1 server crashed the following month and CAGD had no option than to use the IPPD2 system to effect payment of salaries and pensions.

“This has posed very great challenges not only to the consultants who supervised its implementation, but also to the CAGD in its payroll administration and have left in its wake disgruntled workers, pensioners and very disturbed government officials,” Mr. Sottie lamented.

The Controller and Accountant-General assured the workers that the difficulties identified with promotional arrears have been ratified and by April this year, payment would start.

For the NAGRAT agitation, Mr. Sottie stated that the stoppage of the October 2006 salary was effected based on directive from the Ghana Education Service (GES) Council.

“The Department further wishes to state that payment of salaries are affected based on inputs made onto the payroll system by the various Ministries, Departments and Agencies (MDAs). The Department stop salaries only when it has been so authorized or directed by the MDAs concerned,” Mr. Sottie expressed.

He urged the leadership of the Greater Accra Regional branch of NAGRAT to contact the department anytime they were in doubt of any of its functions, duties or decision and also to desist from making allegations in the future

I'm still on my galamsey stance, it hasn’t changed – Akufo-A...
27 minutes ago