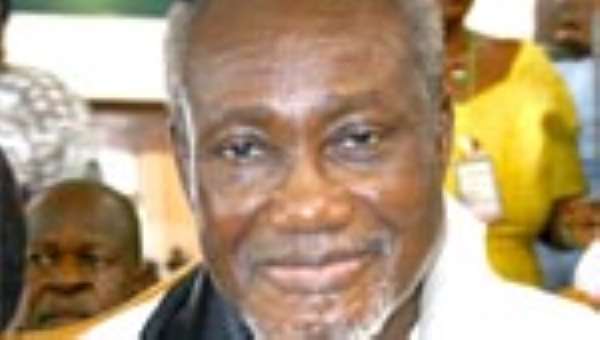 THE ASHANTI Regional branch of the Democratic Freedom Party (DFP) has organized its maiden delegates' congress to elect executives but without the support of opposition parties.

Although the congress was successful, the furor which usually characterises political functions was absent as the opposition parties who were invited to grace the occasion boycotted it.

With the exception of the ruling New Patriotic Party (NPP) which was represented at the congress, the National Democratic Congress (NDC), Convention People's Party (CPP) and the People's National Convention(PNC) failed to turn up.

The leadership of the DFP, an offshoot of the Rawlings-founded NDC, could not explain why its sister parties disregarded their invitation to the congress.

As an accepted norm in the Ghanaian body politic, political parties are required to fraternize with one another in such political events to foster unity among themselves.

The acting Ashanti Regional secretary of the DFP, Mr. Opoku Mensah, who presented a situational report on the party in the region, expressed disillusionment about the inability of the NDC, CPP and PNC to honour their invitation.

He said the failure of the parties to fraternize with the DFP was a disincentive to the young democracy the country was nurturing, and praised the NPP for exhibiting a high sense of political responsibility and commitment toward democratic principles by making time to socialize with them at the congress.

The acting regional chairman, Lawyer Mathias Gollo, in a welcome address, underscored that the DFP was poised to wrestle power from the NPP in the December poll to redeem Ghanaians from economic doldrums.

He emphasized that after trying the NDC and NPP for eight years each without significant improvement in the living standards of the people, the electorate was looking for a competent alternative party to entrust power to.

Mr Gollo disagreed with assertions that the DFP was not a credible political organization, arguing that the party had come to stay.

Mr. Piesie Antoh, the National Organizer and Mrs. Franklin Asamoah, National Women's Organizer, debunked the perception that Dr. Obed Yao Asamoah is the founder of the DFP and stated that he was rather one of the 138 members who co-founded the party about two years ago.

The National Organizer disclosed that Mr. Nti Fordjour, a founding member of the party, will be named as a patron in the Ashanti region at Saturday's congress which will elect national executives as well as the flagbearer of the party.

Fifteen candidates who contested various positions in the region were endorsed unopposed.

Mr. Gollo and Mr. Opoku Mensah who were in acting Chairman and Secretary capacities respectively, were confirmed at the congress because they were not challenged.

Mrs. Asamoah ushered in the regional executives and charged them to work assiduously towards winning more support for the party in the region.

The Regional Scribe, Mr. Opoku speaking on behalf of his colleagues, promised to leave no stone unturned in their efforts to ensure that the party becomes one of the formidable political families in the region.