Obed Not In DFP Race 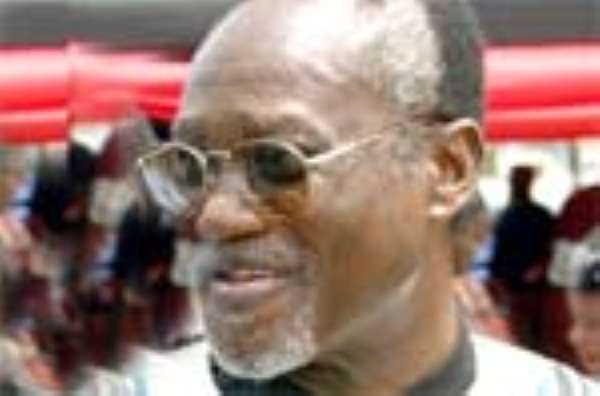 Dr. Obed Yao Asamoah has turned down requests by a section of the Democratic Freedom Party (DFP) to bear the party's flag during the forthcoming general elections.

Evidence of the non-participation of the man who wears the title of Patron of the DFP, in Saturday's party congress scheduled to be held at the Accra Polytechnic lies in the absence of his name from the line-up of hopefuls.

DAILY GUIDE has reliably learnt that the Interim National Chairman of the party, Alhaji Abdul Rahman Issaka would be vying for the presidential candidacy of the party as is Mr. Emmanuel Ansah Antwi.

The Alhaji has held the position of interim chairman since the outdooring of the party.

Mr. Kweku Baah, a lawyer and a one-time leading figure in the National Democratic Congress (NDC) would be seeking to be the chairman of the party.

Lawyer Bede Ziedeng, the man who held the position of General Secretary of the NDC during the party's stormy days has already secured a passage to hold the same position in the DFP.

He is currently the interim General Secretary of the party, a position which he appears to have handled to the satisfaction of his party faithful; no wonder he is going unopposed.

Lawyer Bede is also seeking to unseat Dr. Ben Kumbuor MP, Lawra/Nandom. When DAILY GUIDE asked him how he could manage the position of MP and general secretaryship, he said the combination was not unusual.

The late Dr. Kwame Nkrumah was a classical example when he held the position of Prime Minister and MP simultaneously, he said.

Perhaps the most outstanding feature of the congress is the re-appearance of Ms. Frances Assiam in the political arena. She is vying for the position of National Vice Chairman.

The woman, who suffered major brutalities at the Koforidua NDC congress, when she was part of the political grouping, for supporting Dr. Asamoah, resigned from her position of National Women's Organiser of the DFP, pointing ill-health as her reason.

After receiving a clean bill of health from her doctors, Frances as she is fondly called, is certainly set to storm the political terrain with her organizational skills.

In the NDC, she handled women's affairs, an occupation she performed with glee and results. Her departure from the fold of the Rawlings' party, after receiving lashes from the dreaded Azorka boys, has dealt a certain blow to the party although those remaining in it would frown at such an assertion.

One thousand, five hundred delegates are expected to converge on the Accra Polytechnic campus for the congress as well as some 2000 observers.

Mr. Ziedeng told DAILY GUIDE that “we have invited all the political parties for the event.”

The DFP was formed by a group of former NDC faithful who fell out with the party.

The immediate cause of the split was the ill-fated Koforidua congress of the party which was characterized by acrimony and physical assaults on personalities who hitherto held important positions in the political grouping.

Dr. Asamoah, who sought the position of national chairmanship, was subjected to immense embarrassment by people thought to be thugs at the instance of top personalities in the party.

At the end of it all, Dr. Asamoah concluded that he could no longer go on with a party which he said had thrown away the democratic ideals it stood for when it was formed.

His supporters in the NDC followed him to the DFP in which he said the mistakes of his former party would not be repeated.

Perhaps that was what informed his decision to wear the tag of patron and not founder of the party, and indeed not to even vie for the presidential candidacy when the party goes to congress on Saturday.