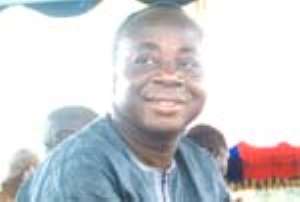 FIRST Deputy Speaker of Parliament, Hon. Freddie Blay has defended the chieftaincy institution, saying it is a well respected one despite the myriad of problems it is facing.

He however insisted that chieftaincy in Ghana cannot be equated to or substituted with the modern form of democracy, which is the representative democracy or Parliamentary Democracy.

“There is no better alternative to democracy and since Ghana is part of the global village, democracy is no longer alien to Ghana,” he indicated.

The First Deputy Speaker was answering a question posed by a member of the Philosophy Students Association (PHISA) at a symposium held at the Conference Room of the Department of Political Science at the University of Ghana, Legon.

The programme was on the topic, “Is Representative Democracy A Fair Form of Governance For A Developing Nation Like Ghana?”

The questioner wanted to know if the current political dispensation being practiced could be infused into the chieftaincy institution so that chiefs could have a say in the political discourse of the country.

In a reply to the question, Hon. Blay noted that the chieftaincy institution in Ghana was not homogenous, as such one could not say that chiefs all over the country would have the same line of doing things.

According to him, the line of succession had become a trouble spot in the chieftaincy institution, thereby rendering it anachronistic.

To support his point, Hon. Blay mentioned the murder of the late Ya-Na Yakubu Andani II, the Anlo, Ga State and other chieftaincy disputes across the country that had led to retardation of development and the displacement or killing of innocent people who had nothing doing with the conflicts.

He stated that Parliament was finding it difficult to pass the Chieftaincy Bill into an Act because of the difficulties associated with the institution, adding that Ghana did not have its own system of governance and had to resort to the voting pattern as the only choice for selecting a leader.

He maintained that the main advantage of representative democracy was that it set a limit to which governmental authorities as well as private associations and groups could exercise their powers.

“It provides institutional checks and balances. In representative democracy, for instance, Parliament approves all major policies of government such as the economic policy (budget) before they become operational,” he emphasized.

Hon. Blay also mentioned some difficulties associated with the practice as the impracticality of the policy that Members of Parliament (MPs) should visit their constituencies regularly to consult their members before pushing their agenda in Parliament, saying this was especially difficult for MPs whose constituencies are far from Accra.

He averred that MPs do not have offices and therefore have turned their cars into offices, a situation that makes real democracy very difficult to operate.

The First Deputy Speaker advised the students to learn hard and not shun away from campus politics since campus has been identified as not only the 'cradle of higher learning' but a place for pursuing one's ambitions.

The President of PHISA, Papa Owusu Acheampong, said the study of Philosophy had been in the shadow for a long time, saying that had resulted in limited recognition for the subject.

He therefore indicated that the symposium was to make the study of Philosophy more popular among students and also give it some platform for recognition.

The function was chaired by Mr. Martin Odei, a Senior Lecturer of the university who is awaiting the award of his PhD degree.