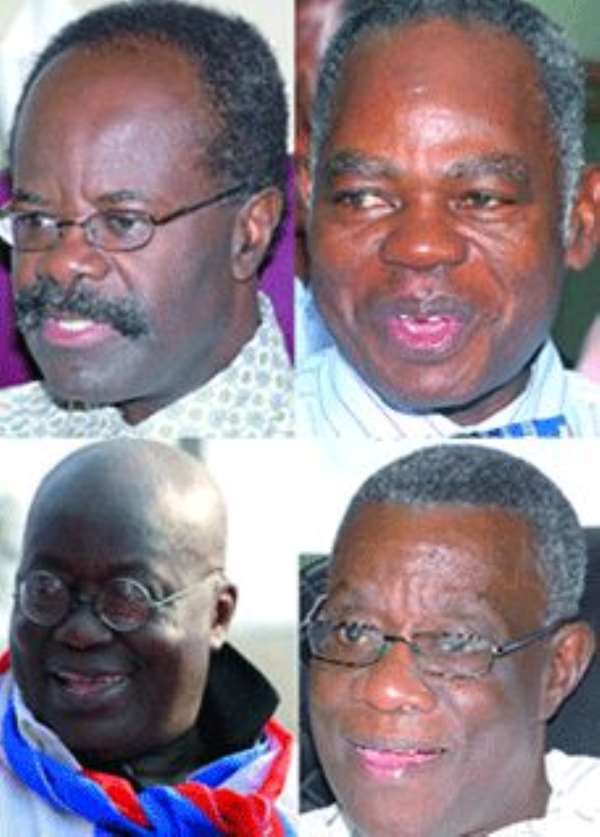 The Kwame Nkrumah University of Science and Technology (KNUST) has decided to create a common platform for four political parties to present their perspectives on Ghana's energy needs.

The programme, dubbed, “Flag Bearers on Energy Special Seminar Series”, will enable the four parties that have elected their flag bearers to also explain how best they will manage the energy sector if they are voted into power.


Designed by the Energy Centre of the College of Engineering of KNUST, the programme will enable each of the four flag bearers to come up with a presentation on the issue and answer questions from specially invited stakeholders.


This came to light when the Provost of the College of Engineering, Professor F.W.Y. Momade, and the Dean of the Faculty of Mechanical and Agricultural Engineering, Professor Abeeku Brew-Hammond, paid a courtesy call on the Managing Director of the Graphic Communications Group Limited (GCGL), Mr Ibrahim Awal.


The visit was to seek assistance to publicise the programme, scheduled for the Great Hall of KNUST on Thursday, April 10, 2008 and Friday, April 11, 2008.


As part of the guidelines for the seminar, the organisers have decided to restrict the issues to energy and have, therefore, requested the flag bearers to avoid politicisation, both in their presentation and their answers to questions from the floor.


Throwing more light on the issue, Prof Momade said the programme had become necessary as a result of the trouble the country was pushed into during the recent energy crisis which lasted for more than a year.


He said it was important that the flag bearers were asked their views, since any of them could the elected to become the next president of the country.


A guide for the programme indicates that the seminar is to contribute towards the definition of policy frameworks for achieving a crisis-free energy sector in Ghana.


It says the seminar will also create a forum for lecturers, students and the general public to gain insights into the plans of the presidential candidates to establish a favourable policy framework for the energy sector development in Ghana.


The guide states that the planning group of the seminar will document the views of the flag bearers in both soft and hard copies for future energy policy making.


For his part, Prof Brew-Hammond said the seminar would bring out the candidates' knowledge on energy and said it was important that the public got to know their views on the topic, which was very important to the nation's development.


The two professors touched on the work the Energy Centre had been doing on alternative sources of energy for the country.


They said it was in that direction that a series of seminars were being conducted in Accra and Kumasi and that the programme for the flag bearers was partly towards finding an alternative source of energy.


He said it was refreshing that the college was trying to tackle the energy problem which affected all sectors of the economy, including the newspaper industry.


The Editor of the Daily Graphic, Mr Ransford Tetteh, advised the college not to keep the various research activities it had conducted on its shelves but put them into practice so that the works of the researchers would be appreciated by society.