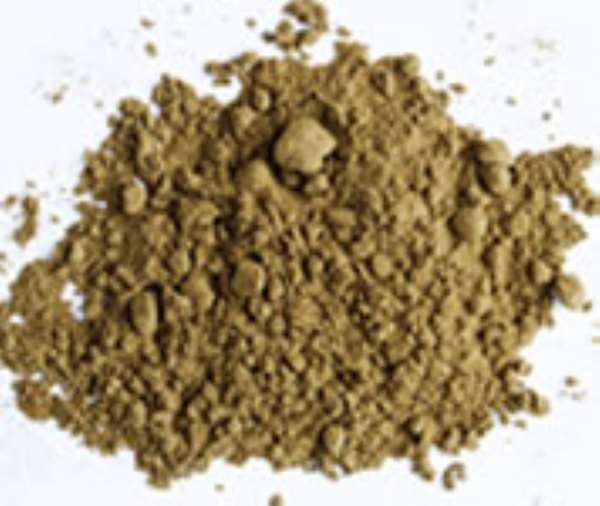 
US State Department says corruption and lack of resources are seriously impeding Ghana's efforts to deal with the drug menace.

It observed that the 2006 narcotics scandal involving allegations of official complicity in narcotics trafficking complicated "Ghana's efforts to combat the drug trade but served to focus public attention on the growing problem".

"Ghana made limited progress in 2007 in addressing its legislative and enforcement deficiencies brought into the public eye by the 2006 narcotics scandals, and a long road lies ahead," it stated.

The report said "Ghana made limited efforts to combat the increasing drug flow in 2007, and arrests and seizures were down from 2006, although they were higher than 2005".

It said Ghana's interest in attracting investment provided a good cover for foreign drug barons to enter the country under the guise of doing legitimate business.

The report, however, noted that in 2007, South American traffickers reduced their need to visit Ghana in person by increasing reliance on local partners, thus insulating themselves from possible arrest by law enforcement officials.

"Law enforcement officials have repeatedly raised concerns that narcotics rings are growing in size, strength, organisation and capacity for violence," it noted.

It expressed regret that since 1999, the Attorney-General's Office had not acted on proposals by the Narcotics Control Board (NACOB) to amend the 1990 narcotics law to fund NACOB's operations, using a portion of seized properties.

It, therefore, called for the enhancement of sea interdiction and the surveillance capabilities of Ghana's security agencies to deal with the problem of narcotic drugs in the country.

"These initiatives will require significant re-allocation of resources and a sustained political commitment, and it remains to be seen whether Ghanaian officials have the political will to see them through," it noted.

The report said the narcotics were often repackaged in Ghana for reshipment, hidden in shipping containers or air cargo, while large shipments were also often broken up into small amounts to be hidden on individuals travelling by passenger aircraft.

It said officials at UK airports found that the total tonnage of trafficked narcotics seized from passengers on flights originating in Ghana eclipsed those from Nigeria in 2006.

It said it was in partial response to that trend that the British Government launched a programme deploying experienced U.K. customs officers and state-of-the-art ion scan detection equipment at the Kotoka International Airport.

"From the programme's inception in November 2006 to September 2007, it has seized nearly 350kg of cocaine; 2,200kg of cannabis and one kilogramme of heroin," it said. According to the report, there was no hard evidence that drugs transiting Ghana contributed to any extent to the supply of drugs to the U.S. market.

It, however, said there were indications that direct shipments to the United States, particularly of heroin, were on the rise, fuelled by an increase in shipments of heroin to Ghana from Pakistan and Afghanistan in 2006.

"In October 2007, two Afghan nationals were arrested by the Ghana Police, expelled by the government and flown to the U.S. for conspiring to distribute heroin in the U.S," it said.

The report said in the past, direct flights from Accra played an important role in the transshipment of heroin to the U.S. by West African trafficking organisations but since the Federal Aviation Administration banned Ghana's only direct flights to the United States for safety reasons in July 2004, it did not seem that the trafficking of drugs between the two countries had reduced.

It said the NACOB reported that in response to increased vigilance against West African drug mules arriving at foreign airports, a new trend appeared to be the use of Caucasians as carriers to arouse less suspicion by customs and immigration officials at European and U.S. airports.